A bed of roses 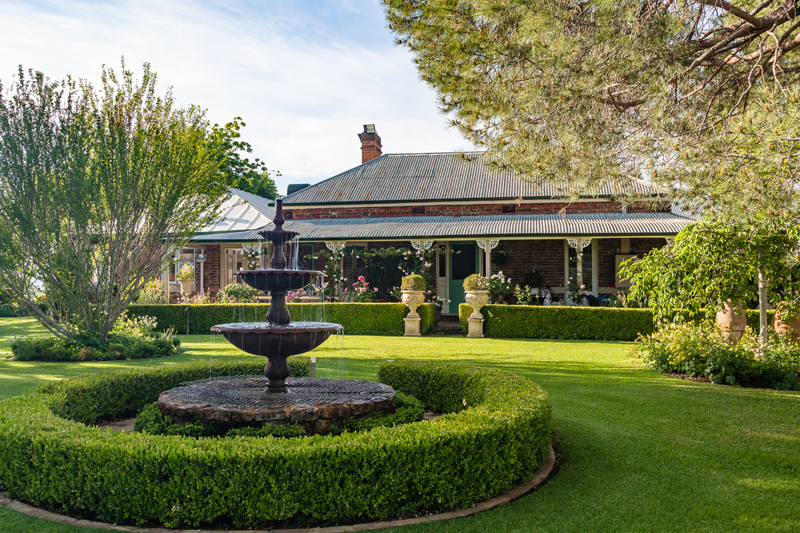 The sun is barely up when we arrive at the home Carol Kennedy shares with her publican husband, Des, on the northern outskirts of Mudgee in central-western NSW. But already, pocket-rocket Carol has been out for her morning run and is busy hauling hoses around the substantial garden she has created around the brick homestead that was built in the 1850s for Mudgee’s pioneering Mogg family. 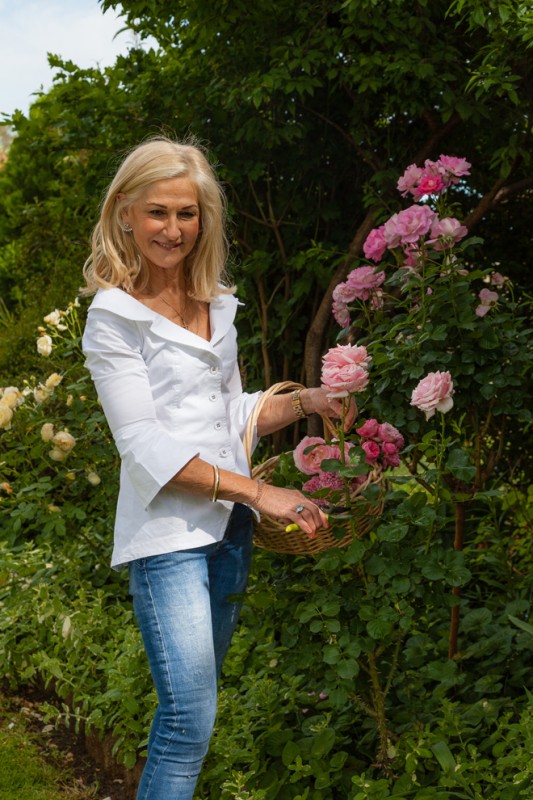 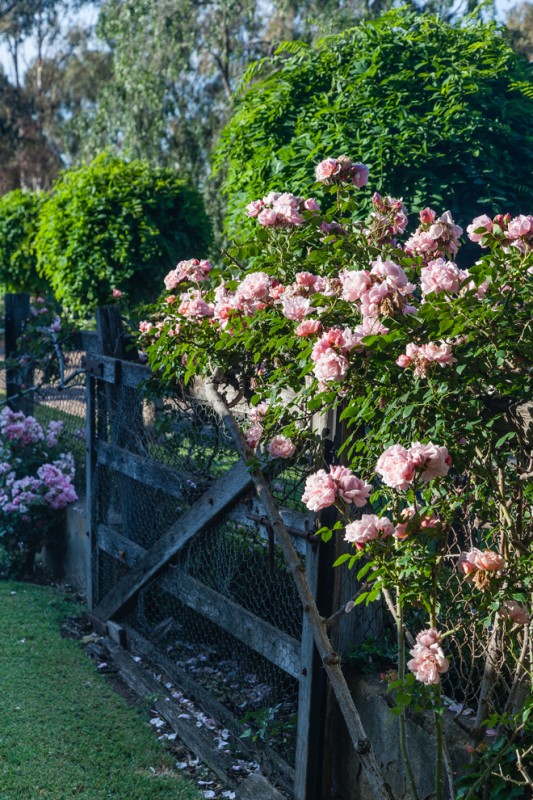 Des is nowhere to be seen as he heads into town early most days to do the tills at their landmark Oriental Hotel before he gets diverted to deal with council business that constitutes his other job as Mudgee’s mayor. Carol puts in a couple of early hours in the garden before she too heads off to the Ori, as the pub is affectionately called, where she supervises a team of five chefs and personally makes the 10 or so cakes, tarts and puddings that fill the pub’s popular dessert bar every day. And then there are the social engagements that pepper every weekend in the wine-growing, agricultural and mining centre and keep the 18,000 people who live in Mudgee and its surrounding towns on the go pretty much year round. There are charity race meetings and balls, football matches, wine launches and dinners, food and readers’ festivals, Days on the Green at Robert Oatley Vineyards and chamber music events at Huntington Estate to name just a few of the dates that fill the events calendar. 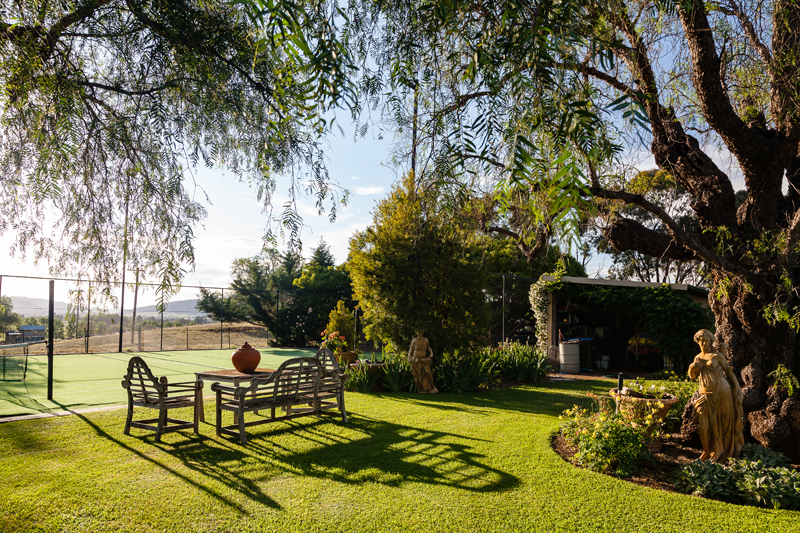 While Carol concedes that life is busy, she adds that she’s never known any different since the late ’70s, when she arrived as a new-grad home economics teacher in Tottenham, in the geographic centre of NSW, and fell in love with the dashing young publican’s son. “I was horrified when I got the posting,” Carol admits. “I grew up in Tweed Heads and went to college in Newcastle, so I’d never lived anywhere so remote. But in the end, I loved it. Des and I lived on a property and we had great times there until we moved to Newcastle so he could play rugby league for Charlestown. Then Des got a job as a club manager in Wellington and we moved there in 1980. In the end, we spent 12 years there and I kept teaching and taking aerobics classes in between having six kids. We lived out of town on a beef cattle and sheep property and the children were able to ride motorbikes and horses and we had a pool. Somewhat understandably, they weren’t too impressed when we bought the Lawson Park Hotel in Mudgee in 1992 and then the whole family lived upstairs for five years.” 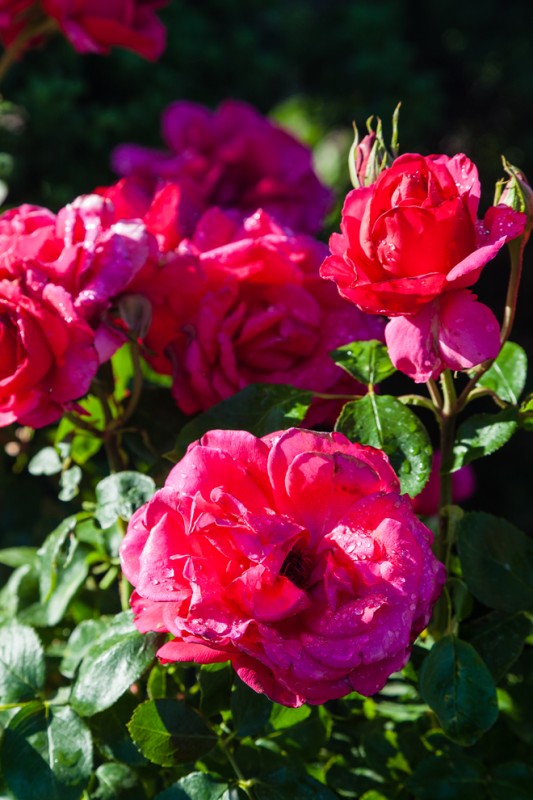 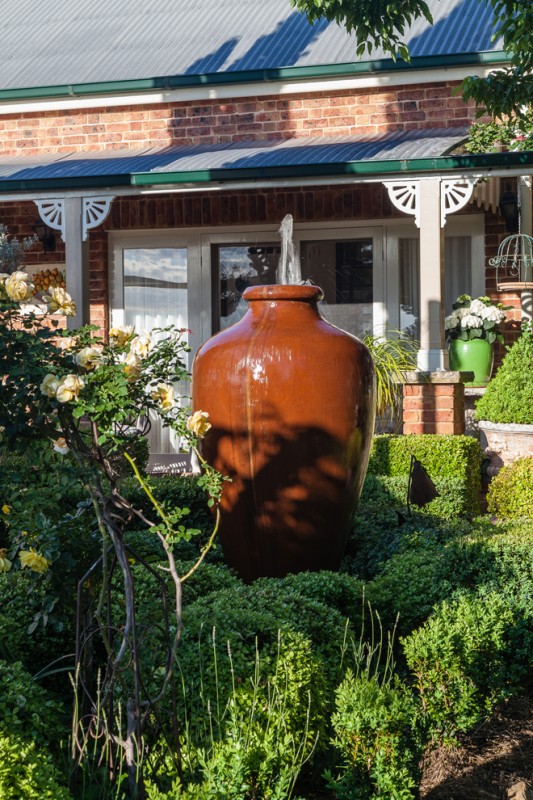 Never ones to shirk a challenge, Des and Carol took the decision to open seven days a week with lunch and dinner service every day. “I was the chef, so it was kind of handy that we lived on-site,” Carol says. “We finally moved out to Bombira in 1997 and I think everyone breathed a sigh of relief. Finally, we had space for everyone to spread out in and through the years, we’ve added bits onto the house.”
In the intervening years, Des also ran pubs in Singleton and Newcastle and Carol remained involved with the catering side of those businesses. In 2003, they sold the Lawson Park and bought the Oriental but, rather than slowing things down, life became more hectic, when Des successfully ran for council and then became mayor. Carol says the garden is her respite, the place where she truly relaxes and takes a break from the demands of her many hats, which now also include being grandmother to 10 grandchildren. 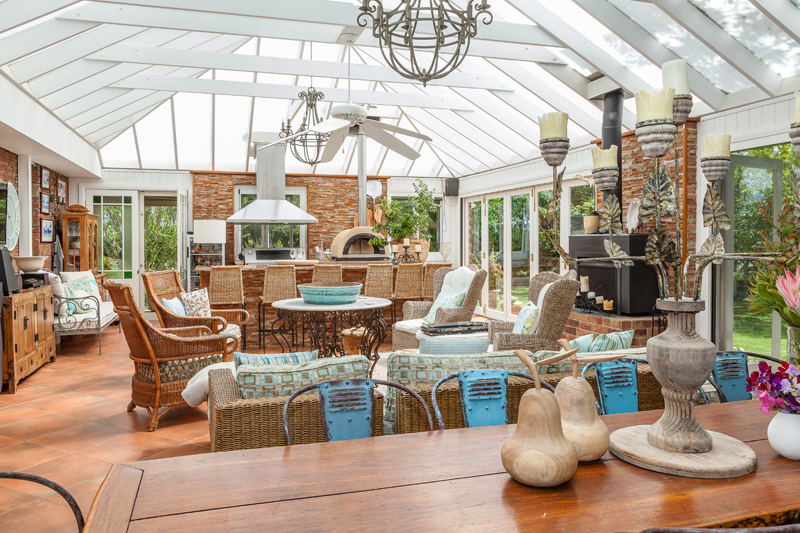 “I’ve always loved plants and even when we lived above the pub, I had hanging pots all around the verandahs,” she says. “But I had to take it up a notch when we moved out here, because the house came with six-and-a-half acres (two-and-a-half hectares). It was mainly natives when we arrived, with a lot of gum trees. But I’m a big fan of Paul Bangay and I wanted something more formal so I introduced Japanese and box hedges. We also introduced loads of hydrangeas, added a tennis court, planted crab apples and snow pears along the drive as well as hundreds of rose bushes at the front and side. My favourites are icebergs and Pierre de Ronsards, but I’ve planted bolder colours as well.” 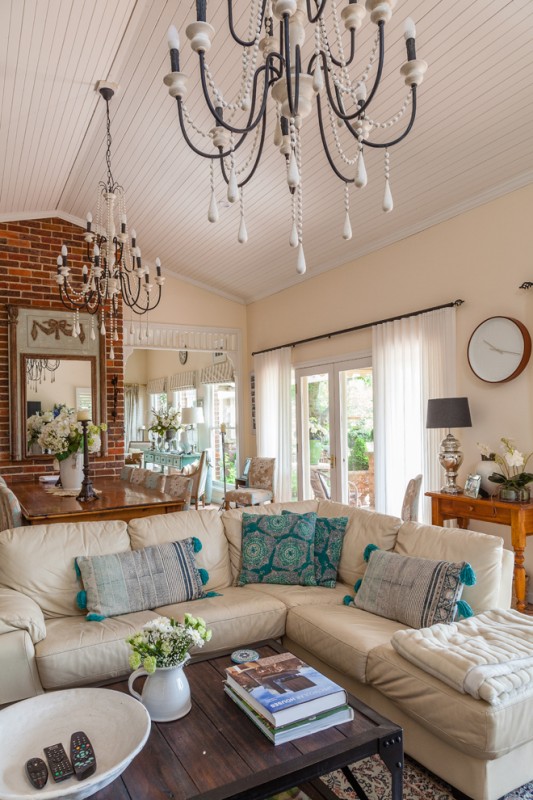 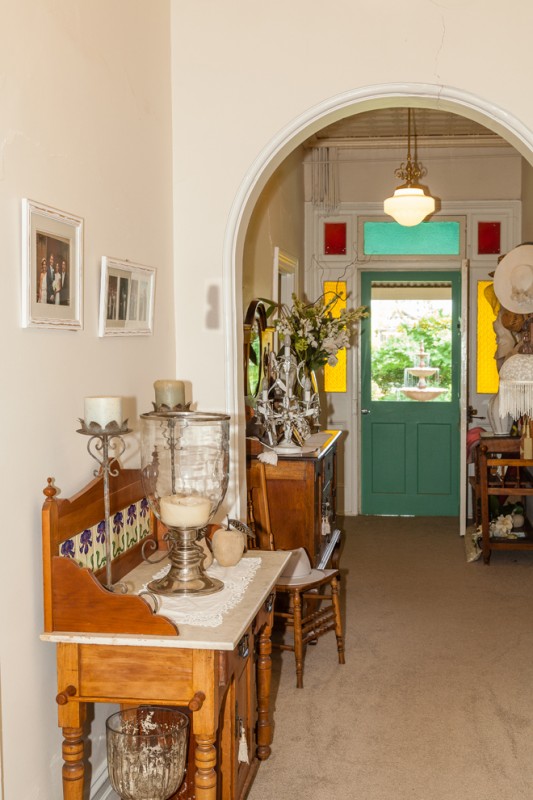 There are chickens for eggs and ducks and guinea fowl roam about the park-like expanse. Carol says she has the help of a gardener one day a week, but the rest of the time, she manages most of the maintenance on her own. A conservatory-style extension with a pizza oven becomes party central when the family gathers and it connects the house with the garden. “The garden is a wonderful place to be in the early morning and late afternoon,” she says. “If we all get together at times such as Christmas, we can easily number 25, so it’s lovely to have space to play and relax and not be on top of each other. It’s also a constant joy to watch the passage of the seasons.” 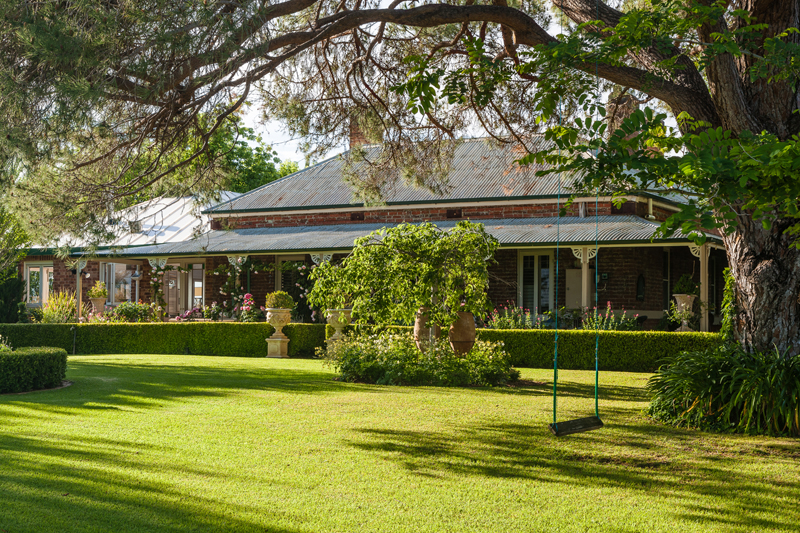 The complete story was originally published in Australian Country issue 21.4. Click here to subscribe to our magazine