Bloss Hickson has a passion for almost everything and everyone and an uncanny knack for sweeping all around her up in her enthusiasm.

Central Queensland farmer, environmentalist and artist Bloss Hickson says she built her first cubby house at the age of six, and has been building houses ever since. The most recent “cubby” is a rock retreat on Huntly, the cattle property she runs alongside her brother, Rhu, in the Arcadia Valley midway between the tiny towns of Rolleston and Injune. Bloss shares her property with a loose affiliation of fellow creatives, international backpackers and environmentally concerned friends. During the week her husband, Rodney Perrett, lives 80 kilometres away on his station, Bungawarrra, and they spend weekends and holidays together.

The self-appointed president of the Anti-Rectangle Society explains that it took her 17 years to complete her new home, which is off the grid and runs on solar power and water stored in tanks and dams. “It’s a form of adobe construction,” she says. “You start with a steel mesh frame and fill it with rocks. Then you nail chicken wire to the frame and render it with a mixture of cow manure and ant hill. This was the fast part as we invited family and friends to dung throwing parties and we all became quite adept. To maintain the surface you coat it with a milk paint made by mixing milk powder and carb soda.”

As Bloss lived in another house she had built on the property, there was no pressure to complete the rock house. But a big birthday party last year gave her the impetus to employ a local builder to timber line the interior and install the recycled windows and doors, which had been passed on by people who no longer had use for them. “It took me as long to sand and glaze the windows as it took the builder to finish the house,” Bloss recalls. “It was a bit of a challenge for him as he had to work with a crooked foundation.”

As Bloss explains her backstory, she has always marched to a different drum. At the age of 16 she stunned the staff at her conservative boarding school in the NSW Southern Highlands by announcing she intended to become a carpenter. “Frensham girls weren’t supposed to be carpenters,” she says. “So I went to uni to study architecture, but was kicked out after two terms. So I went to the Northern Territory to become a station cook. I didn’t lose my love for building though.”
When her mother passed away suddenly, she returned to her family property at Cloncurry. Always artistically inclined, she developed her talents when she inherited her mother’s paints and gradually her passion for painting and mosaic and “just about every other form of creative expression” developed.

At the same time, Bloss and her brother, Rhu, were entering ballots for government subdivision of brigalow blocks in the the Arcadia Valley and they were both successful. “It was pretty much unheard of for a woman to go in the ballot,” Bloss recalls. “In fact, the application form had male applicant, where you were supposed to put your name. So I amended it with a little ‘fe’ in front of the ‘male’. I’d actually forgotten all about the ballot and was telling my other brother, Bood, about my plans to go to India because I had been studying Asian philosophies. He said ‘you’re going to need a lot of money when you get back because you and Rhu have both won blocks’. I was doubly lucky as my block had already been drawn by a peanut farmer from Kingaroy who gave it back. Needless to say, I skipped India and Dad and Rhu helped me build my first house.”

While Rodney drew his land as one of the first brigalow blocks in 1966, Bloss was one of the lucky last in 1986. “The deal was you had to live on the land, have it fully stocked within three years and keep the brigalow under control,” she explains. “Rodney abided by that one, but I was less scrupulous.”
Bloss’s love of the land grew as she started farming cattle and gradually she has become more and more interested in organics and permaculture. These days everything she does aims at touching the earth lightly and improving her land. She scored a major win when a local coal mine wanted to expand its operation and she successfully applied to plant more trees as carbon offset for the development. “I think I became the first farmer in the district to actually plant trees rather than pull them out,” she says. “Now that the land is regenerating it attracts lots of birdlife and ecologists come out every year to monitor the new birds. The golden-tailed gecko was endangered and it has now returned to its homeland. There is nothing more satisfying than riding my horse through the bush and monitoring all this progress.”

“Bloss is the ultimate networker,” Rodney says. “She has an idea, then gets everyone behind the project.” Another major achievement has been restoring the local cemetery, which had fallen into serious disrepair.
“A couple of locals didn’t have headstones, so we started out intending to fix that situation,” Bloss says. “Then it just snowballed and we ended up restoring about 30 headstones, putting in gates and big rocks to create an entrance. If Rodney has an artform, it’s headstones. He’s genius at it.” 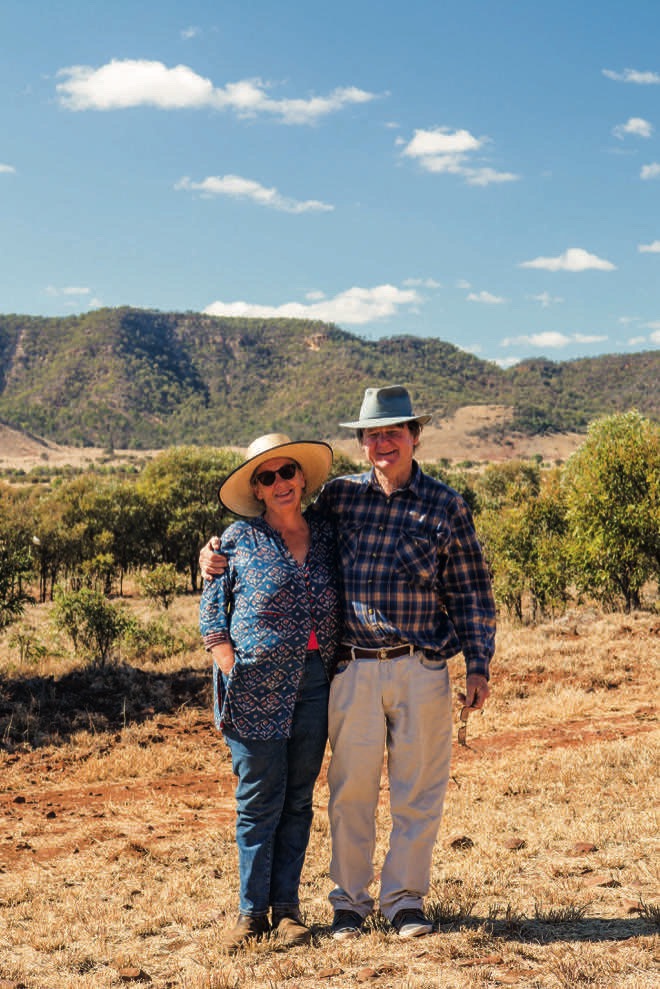 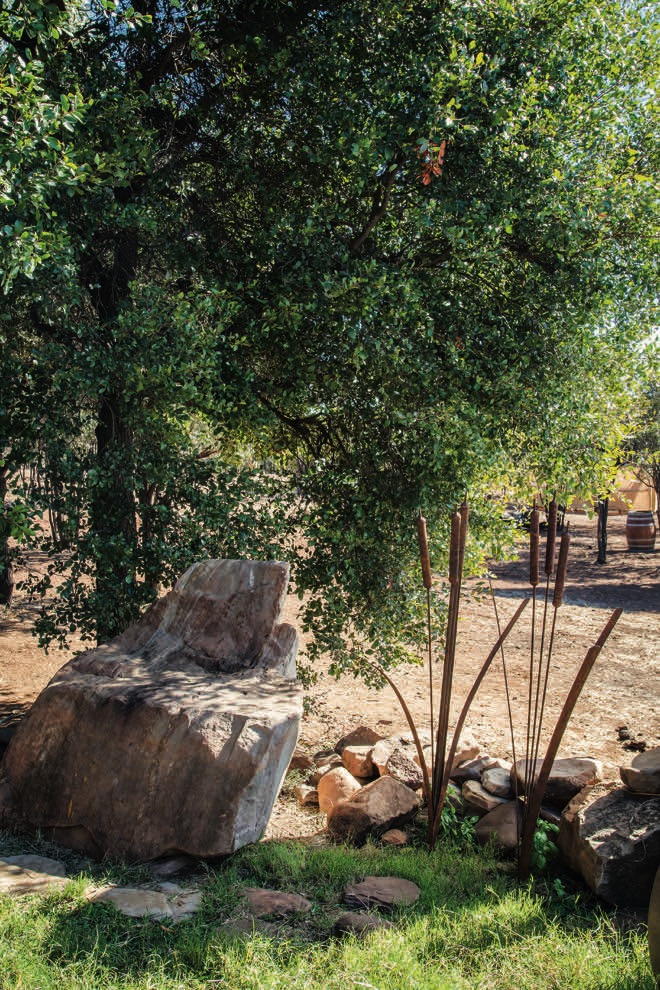 And that pretty much sums up life according to Bloss. Carpe diem, make the most of the opportunities that come your way and have a jolly good time taking friends and family along for the ride.