Landmark and Legend in Camden Park

You could create a timeline of Camden Park homestead through the china collections dotted throughout the house. There’s a Chinese exportware service ordered from Guangdong probably about 1812 and emblazoned with John and Elizabeth Macarthur’s initials.

Then there’s a Coalbrookdale porcelain service decorated with the family motto Fide et Opera (By Faith and Work) and purchased by their older son, James, in 1838, on the occasion of his marriage to Emily Stone. Remarkably, the receipt for this purchase from John Mortlock (China Man to Their Majesties Royal Family) also survives, and records that it set the couple back £100 4/- 11p.

In a basement cellar there’s an astonishing array of bedroom china (chamber pots, jug and basin sets, hot water bottles), while in the kitchen there are remnants of everyday and special occasion tableware that chronicle the Macarthur family’s 182-year occupancy of the imposing sandstone house.

“What’s remarkable is that this is not a museum,” explains John Macarthur-Stanham, who became the seventh generation of Macarthurs to live at Camden Park when he moved in with his wife, Edwina, and six-month-old baby William in 1990. Victoria was born in 1991 and George in 1994. “This is a family home so things are used and, inevitably, things are broken. But that’s one of the strengths of Camden Park, the layering of contributions of the different generations.”

Universally acknowledged as the father of Australia’s wool industry, John Macarthur arrived with the Second Fleet in 1790 as a captain in the New South Wales Corps. In 1793 he received a grant of 40 hectares at Parramatta and became the first in the colony to clear and cultivate virgin land when he built Elizabeth Farm.His life’s journey was not all smooth sailing, however, and he was also known as the Great Perturbator for his frenetic political and entrepreneurial activities. He managed to fall foul of both Governors John Hunter and Philip Gidley King and was exiled to London for duelling in 1801.

Macarthur made powerful friends in London and the case against him was dismissed. In 1804 he petitioned Colonial Secretary Lord Camden for a land grant in NSW to develop the wool industry. Official approval took the form of a grant of 10,000 acres (4,046 hectares) of the best pasture land in the colony at what was known as Cowpastures.

Although political intervention back in Australia resulted in the grant being reduced to 5000 acres until the venture proved a success, Macarthur’s friends in high places meant he arrived back in NSW with a flock of rare Spanish Merinos from the royal flock at Kew and Lord Camden received his due accord when the Macarthurs named their property. 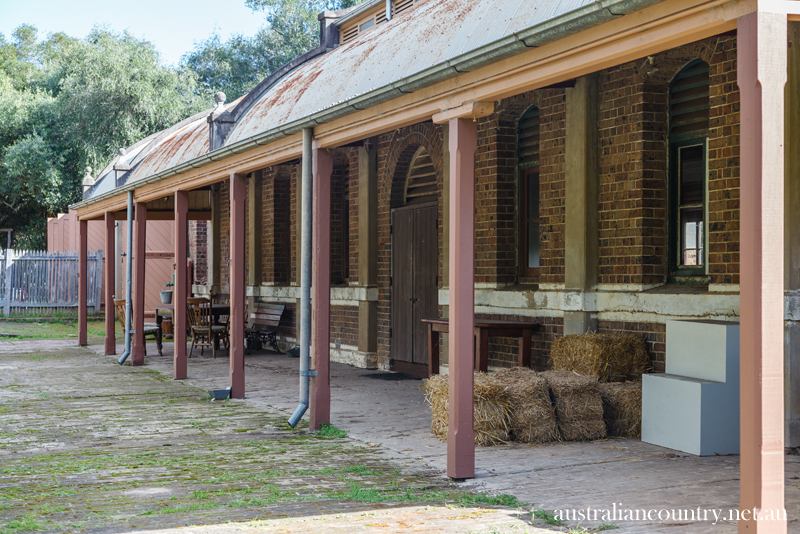 By 1820 Camden Park boasted a Merino stud of 300, 5000 cross-bred Merino wool sheep and 700 cattle. Work had also begun on the gardens and native eucalypts were cleared to create pleasing vistas and provide an Arcadian setting for the homestead.

John Macarthur envisaged a country seat befitting his family’s standing in the infant colony when he engaged colonial architect John Verge to design the house based on the Palladian principle of a central two-storeyed block flanked by symmetrical pavilions. Using locally quarried sandstone, and native timbers including red cedar for the exquisite joinery and ironbark for the floors, work began in 1831. 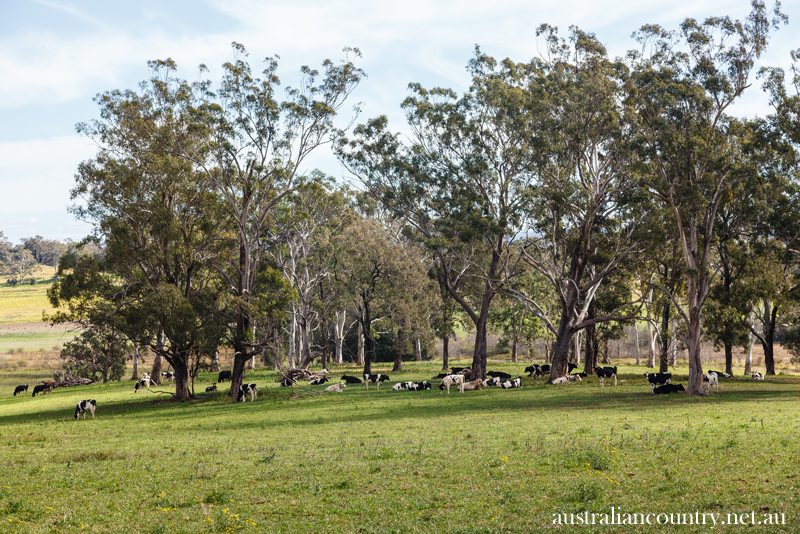 Outstanding features included an internal shutter system for defence and climate control, and three Argand lamps, originally lit by whale oil and converted to electricity around 1900. The back stairs to the servants’ quarters were lined with lead to muffle the footsteps of the household staff. Sadly John Macarthur died in 1934, just short of seeing his dream home completed the following year. It was left to his sons, James and William, to furnish and turn the house into a family home. William was a keen botanist and collected and traded plants from all over the world to create a truly splendid garden.

Camden Park today remains very much a working farm with a dairy herd of 250 Friesian-Holsteins and a chicken for meat facility which raises 450,000 to 500,000 birds each year.