A BUTTER FACTORY TO CALL HOME 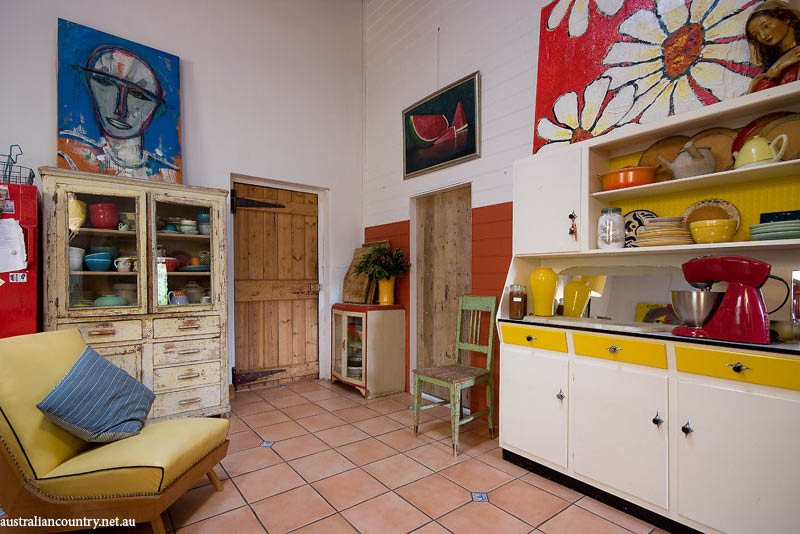 Lovers of weekend drives to the countryside beware. It’s not gravel roads, detours, or a remote breakdown you need to worry about. It’s the lure of the country life, and an irresistible tug at the heart that could end up costing you big time. So it was for Jan and Craig Cock, who live in an old cheese and butter factory in the pretty little enclave of Blakiston in the Adelaide Hills. 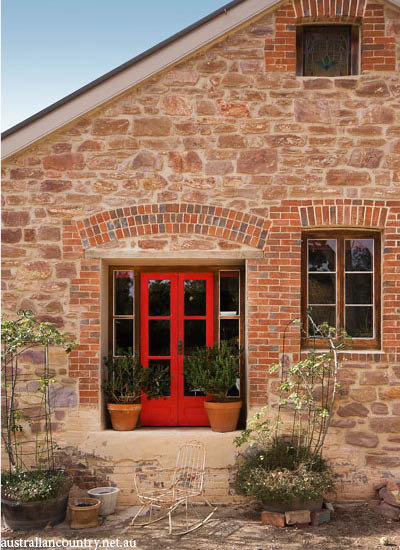 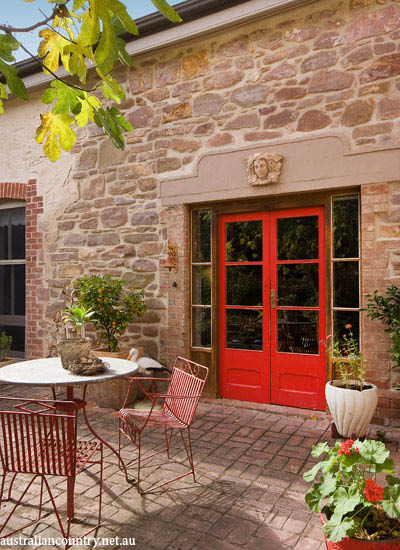 “One Saturday in April 2002 we were looking for a cottage in the Hills from which Jan could sell furniture etcetera,” Craig recalls. “We saw the for sale sign, inspected and fell in love with the building … its charm, history and magic. It was much bigger than what we planned on, but we loved it.” 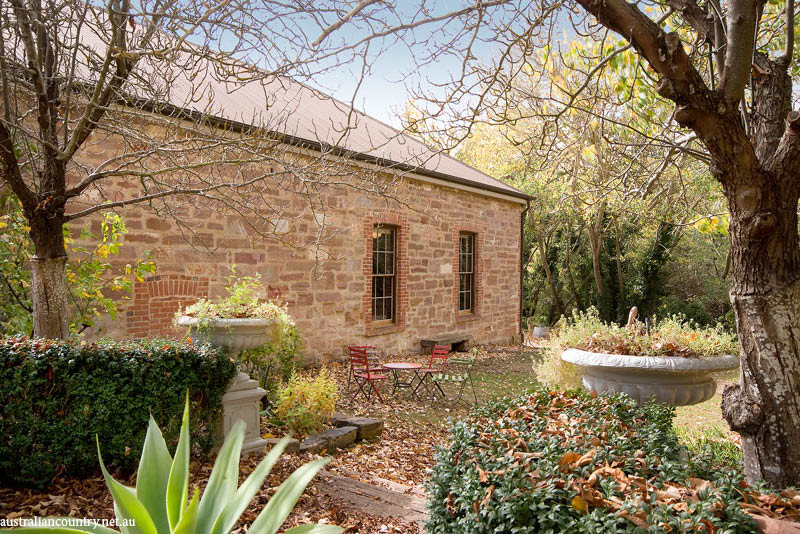 A character-filled stone building, a sprawling seasonal garden and an historic ambience were just too hard to resist, and now, the couple wouldn’t dream of being anywhere else. They describe their home, nicknamed The Creamery by former owners, almost as if it has a life of its own, a personality. And with its long and intriguing history, the old factory has plenty to say. It was built in 1892 by a cooperative of local dairy farmers to help capitalise on emerging technologies of the time that paved the way for mass production and fledgling butter exports to Britain. Originally a place where farmers would meet to share their lives, and deliver their milk, it became the centre of the community. Those pioneering farmers built their factory out  of red sandstone and, almost 125 years later, it’s a choice Jan and Craig are thankful for. 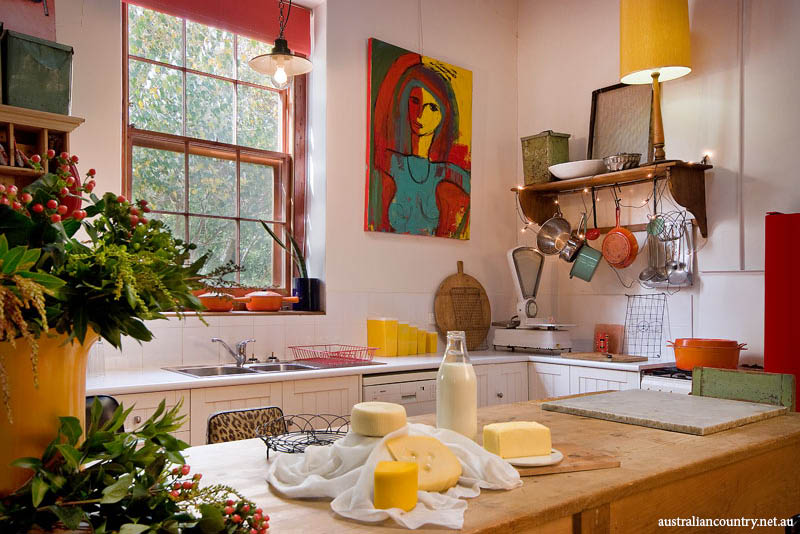 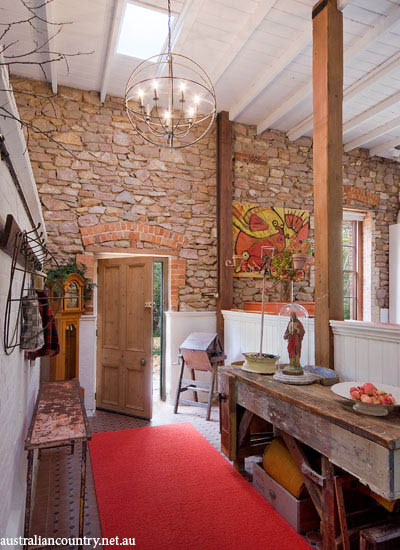 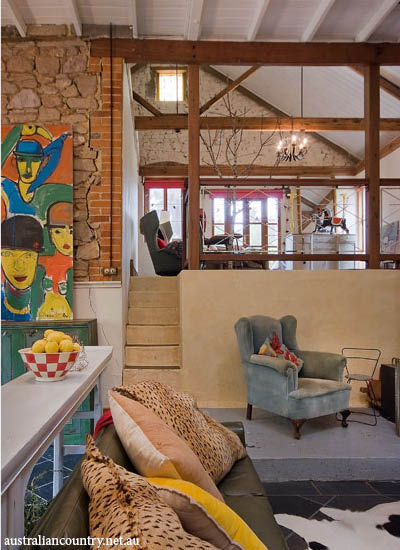 “The 18-inch-thick walls take a very long time to heat up in summer,” Craig says. “Conversely they retain the heat from the large wood combustion heater in winter.” Those thick stone walls are also the most likely reason the old factory building survived an arson attack in the early ’80s. Abandoned and derelict at the time, it was an easy target, and afterwards was branded a ruin in a local history document. A few years later, however, the factory’s long and arduous resurrection as a private home began. Four sets of owners since, it has found its place at the centre of Jan and Craig’s lives and their never-ending stream of visits from friends, as well as their five grown children and partners and 10 grandchildren. 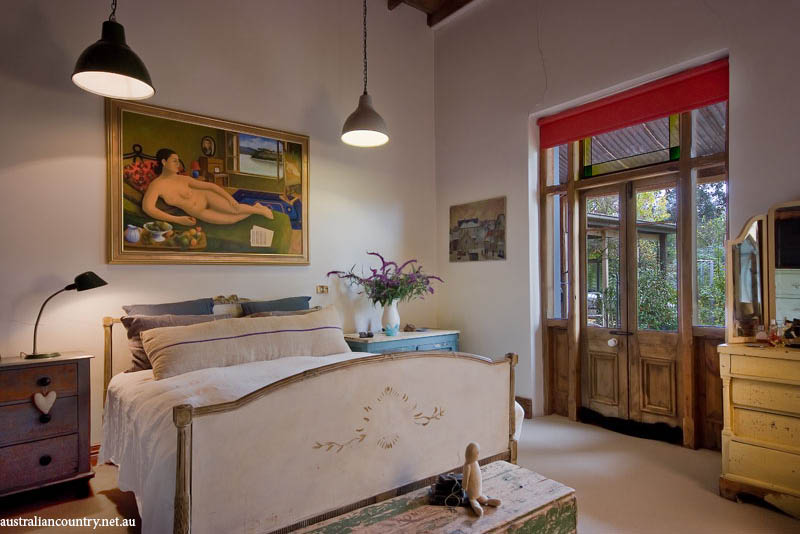 The original story was published in Australian Country issue 19.7. Read the full story every time when you subscribe to our magazine here.