The lush Forest Hall in the stunning Victorian Goldfields is the proud product of a 40-year complete makeover. See their story!

Forest Hall in the Victorian Goldfields is the proud product of a 40-year makeover. 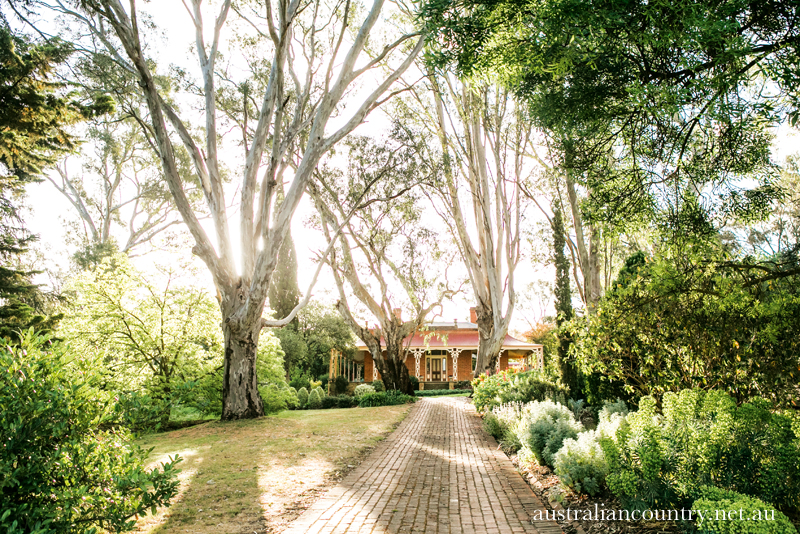 As a child growing up in Melbourne, Gwen Davey remembers spending Saturday afternoons lazing with a book in a hammock, beneath the canopy of the plum tree at her parents’ house.

She oversaw her mother’s effort in tending the front garden and the energy with which her father gardened the back and came to the conclusion they were both crazy.

But fortunately their enthusiasm for horticulture filtered down and kicked in circa 1975, when Gwen, her husband, Don, and their three young daughters found themselves the owners of two acres of rambling blackberries and cape broom in Castlemaine. 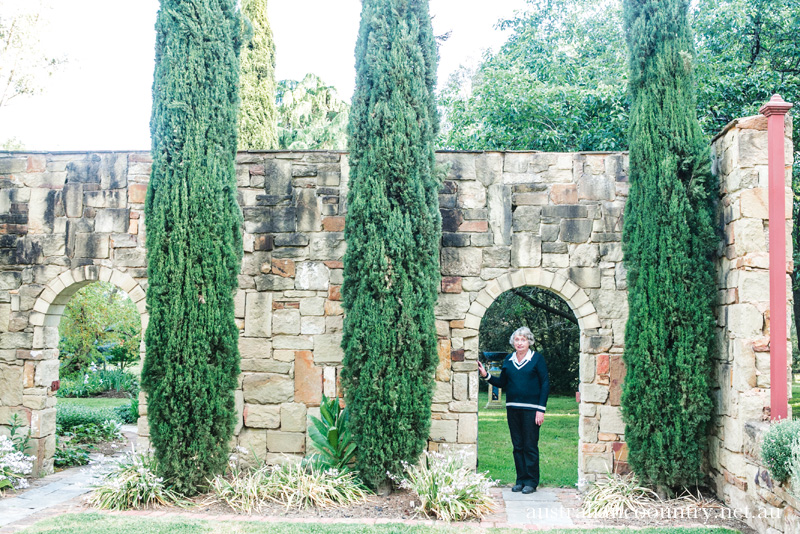 Of course, the grand homestead on the land was the initial attraction. Built in 1867, Forest Hall projected stately charm although its ornamental verandah was rotting. Listed on the national and state historic registers, the Chinese-inspired Georgian feature was crying out for attention.

“So being young and reasonably fit, we got stuck in,” Gwen explains. “I bought a jigsaw and carved and replaced all the rotting posts.” 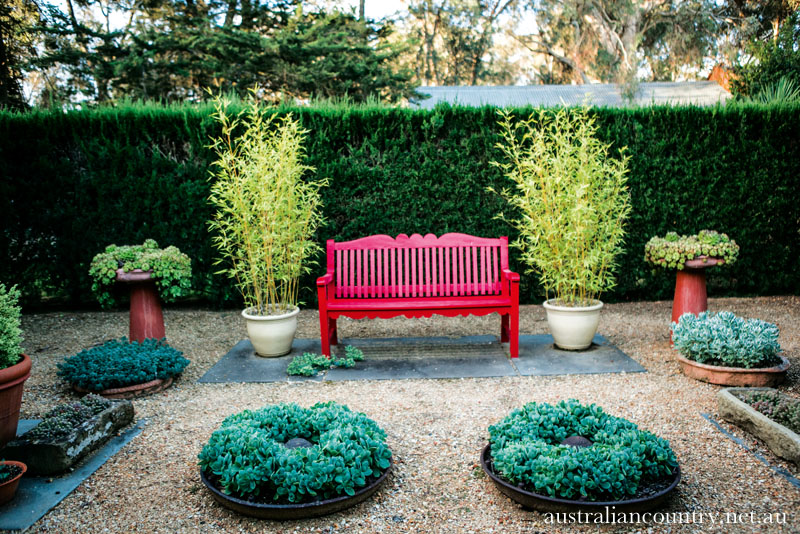 The list of landscaping challenges was long as the Castlemaine climate is known for fairly ordinary rainfall, searing hot summers and icy cold winters. A former mining town, geology in the region is a mixed bag of steep rocky slopes, shale-heavy soil and rolling pastoral land.

As Forest Hall sits at the foot of the basin, its clay soil was akin to striking gold. Gwen and Don began with a gigantic clear up and burn off before looking for signs of old pathways on their property.

“On the south side of the house we found a slight rise in the ground which suggested there had been an oval-shaped garden,” Gwen says. “So we put it back.” Don, a plumber by trade, tackled the hard landscaping, converting the gravel circular driveway and several pathways into brick.

In creating the garden planting and layout, Gwen cites an extended tour of European gardens in 1991 with Don, as her inspiration. “I admired the geometry and the sense of place, the linking pathways, drives and borders,” she says. “But I quickly realised I wouldn’t be able to grow the plants because we don’t have the climate for it.”

As a member of the Castlemaine Garden Club and also the Castlemaine Heritage Rose Club, she is able to share her knowledge and her plants with fellow enthusiasts. She delights in opening Forest Hall to visitors and although she doesn’t set out to educate the public, she is thrilled when other gardeners emulate sections of her garden. 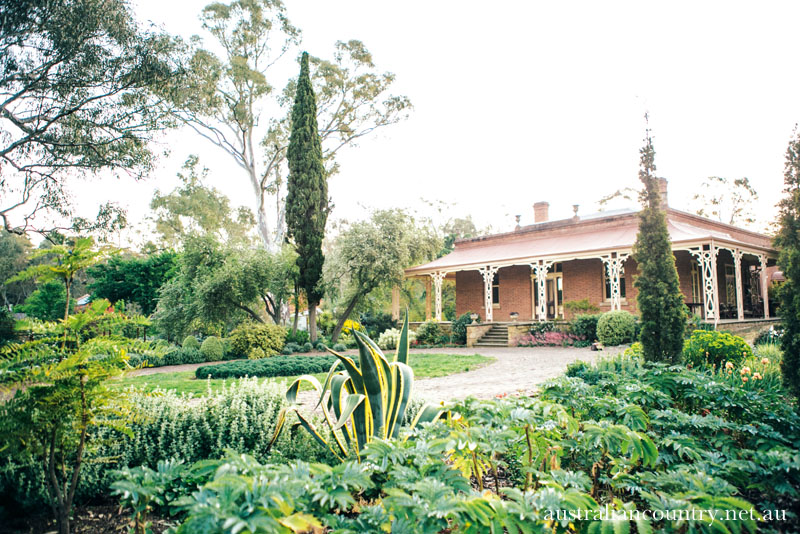 Gwen now shares her garden with a multitude of birdlife, four nomadic kangaroos, hundreds of skinks and a part-time gardener hired for the “heavy stuff” four hours a week.

She remains wide-eyed with excitement when her cuttings grow roots, when the orchard’s black trunks contrast the white froth of blossom, and in the early evening when she strolls the garden with a glass of wine in hand. “A garden is a fragile thing and can rapidly go downhill but that doesn’t stop me,” she says.