A white to remember, a beer for thirst and Shiraz that's the same, but different.

Travelling with Shiraz
Shiraz is our most widely planted red grape and for good reason. It is so adaptable and changes flavour depending on where it is grown. Soil, latitude and altitude all emphasise something different about its multifarious personality. It’s generally lighter bodied in the cooler climate and a bit bigger in style when the weather is warmer. Here are four that share the same genetics but are very different wines.

Angove Long Row Shiraz, $10 – A blend of the warm Riverland and the famous McLaren Vale regions, this red is generous with round plummy fruit but also a dollop of spiciness – amazing value.

Paracombe Adelaide Hills Shiraz 2010 $21- This Shiraz exemplifies what a cooler climate can do to with the variety. With pure aromatics of blueberry and spice, it’s a seductive, sexy Shiraz and at this price is a steal.

Blue Pyrenees Shiraz 2012 $24 – The Blue Pyrenees winemaking crew has often struggled with the eucalyptus of the surrounding bush finding its way into the aroma of their wine. In this vintage the bush is at bay. This red is voluptuous and layered and displays the gamut of Shiraz flavours and aromas.

John Duval Entity Barossa Shiraz 2012, $50 – The Barossa Valley is famous for Shiraz and this wine shows why. This wine morphs and changes from plum and berry, to more savoury flavours. It’s fascinating and worth the money for the experience. 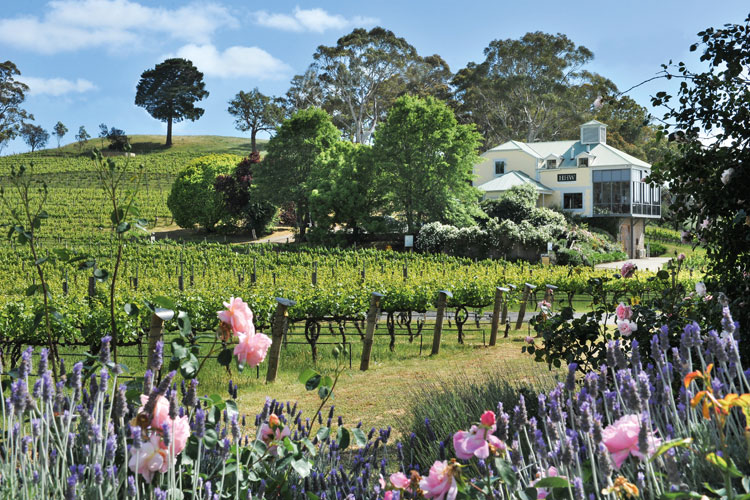 Hahndorf Hill Winery is situated in the romantic Adelaide Hills.

A white to remember
Hahndorf Hill Gruner Veltliner Gru 2014, $28
Gruner Veltliner sounds like a German Texta but is actually a white wine grape and could well be the next big thing. It’s an Austrian variety which Adelaide Hills winery, Hahndorf Hill, has pioneered. It’s a piquant white that comes into its own at the table where versatility is key. From Asian dishes, to seafood paella to freshly shucked oysters, Gruner Veltliner covers a lot of bases.

Did you know?
Passionate Pinot Noir purveyors don’t talk flavours, they talk clones. It sounds like science fiction and the language is very similar. Pinot Noir mutates more than most grape varieties and some of those mutations are better than others. The good ones become clones. The attractively named MV6 is Australia’s favourite clone but in the average bottle of Australian Pinot you might also find 114,115 or the memorable G5V15.