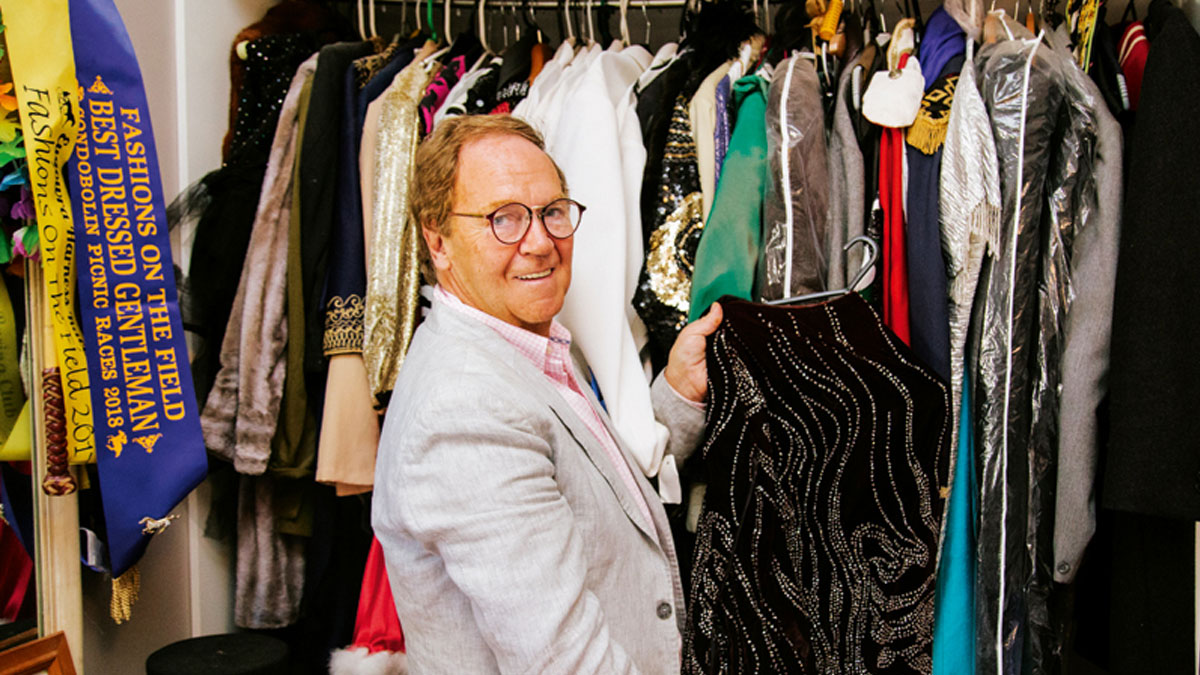 When guests enter Montrose House in the historic town centre of Canowindra in central-western NSW, one of the first things they see is a portrait of a debonair man in a kilt. A bit further on, there’s another portrait of a caberet performer in full costume. These are two very different faces of one of the town’s most colourful characters, Tommy Jeffs. Tommy is a leading light in the community, a tireless hospitality provider, spreader of goodwill and happiness and an extraordinary fundraiser. By his own calculation, he has raised more than $900,000 for charity in the past 50 years. He’s won the Premier’s Award for outstanding community contribution and a swag of other accolades for his philanthropy, but says the only reward he wants is to put a smile on people’s faces. 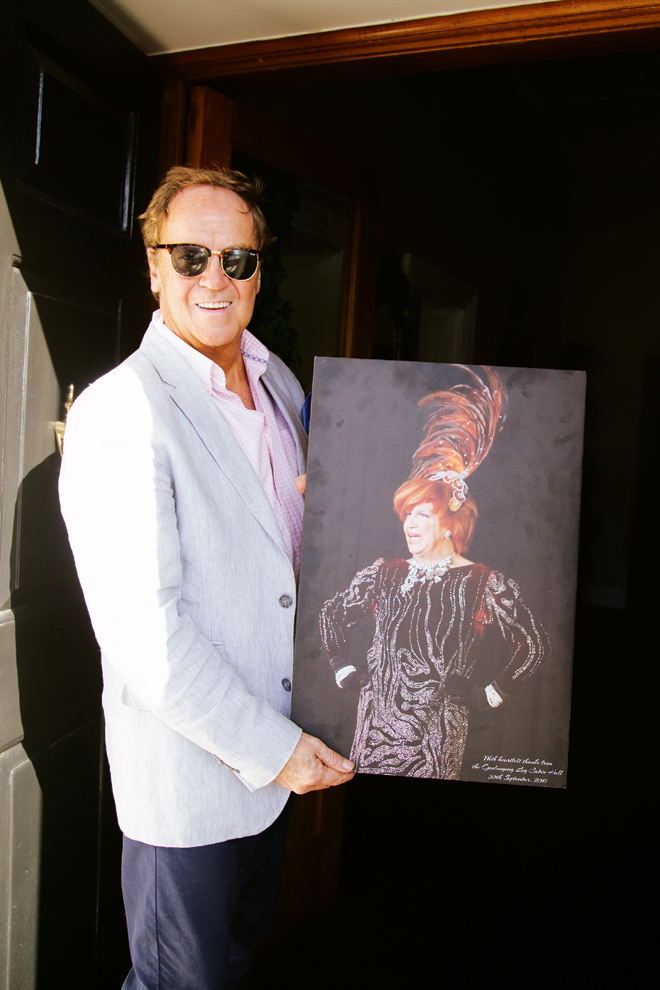 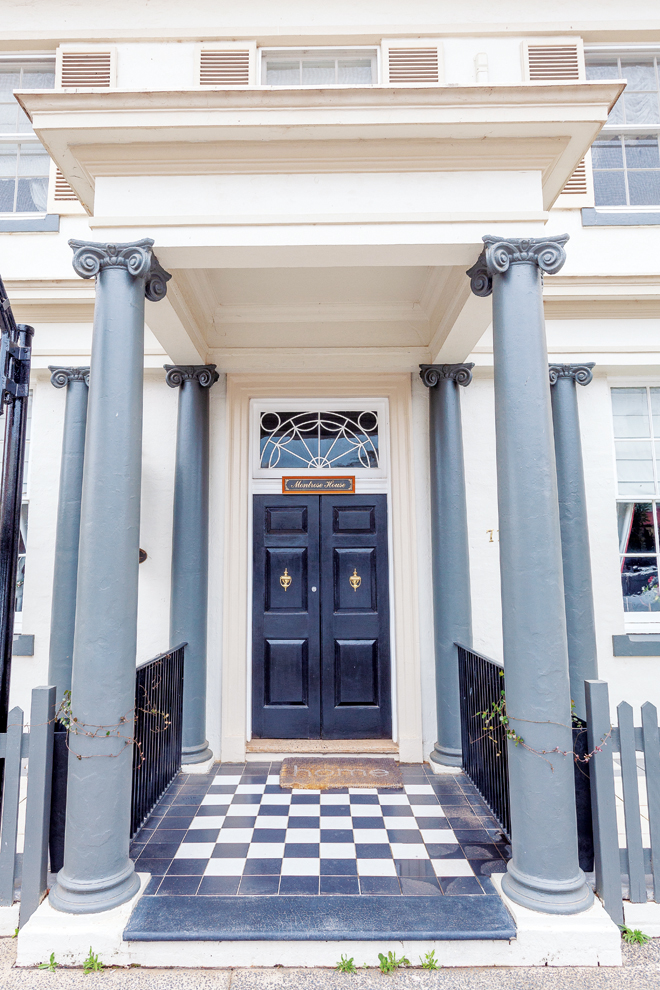 Tommy’s story begins with tragedy. His father was killed in a silo fall when he was very young, which left his mother working two jobs to raise her 10 boys and three girls. “There was no compensation in those days, so Mum worked early mornings at the railway cafe until 9am and then went to work in a clothing factory until 4pm,” he recalls. “Then she came home and cooked dinner, mostly lamb as she bought half a sheep every week. Of course, she grew all our own vegies and we all had our chores but, by and large, she did a remarkable job showing us that raising 13 kids on your own was not impossible if you had the right work ethic and a positive attitude. She also taught us that it’s not about how much money you have, but what you do with it.” 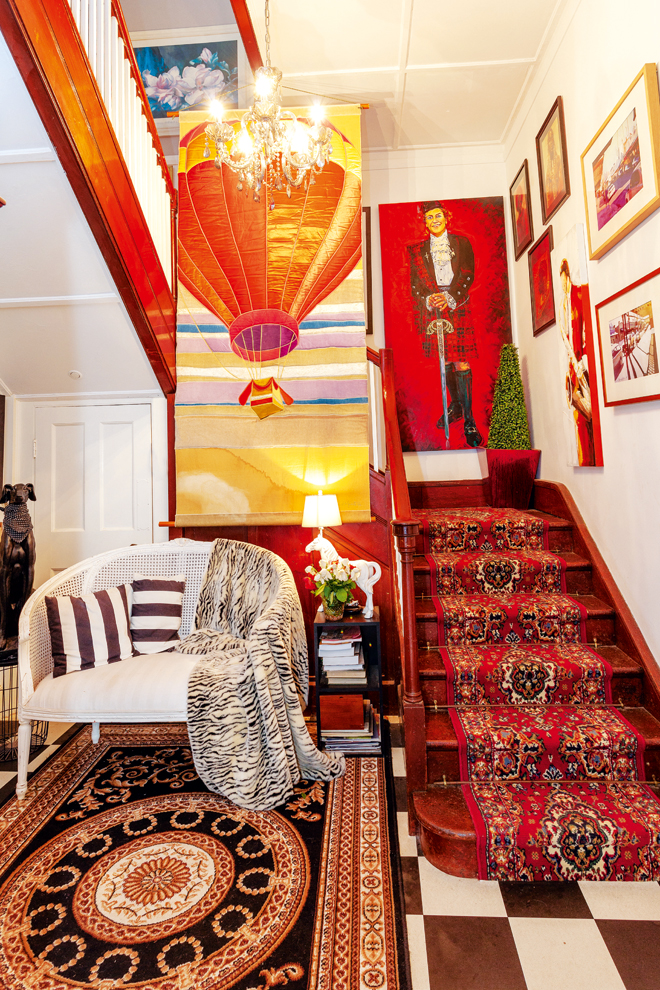 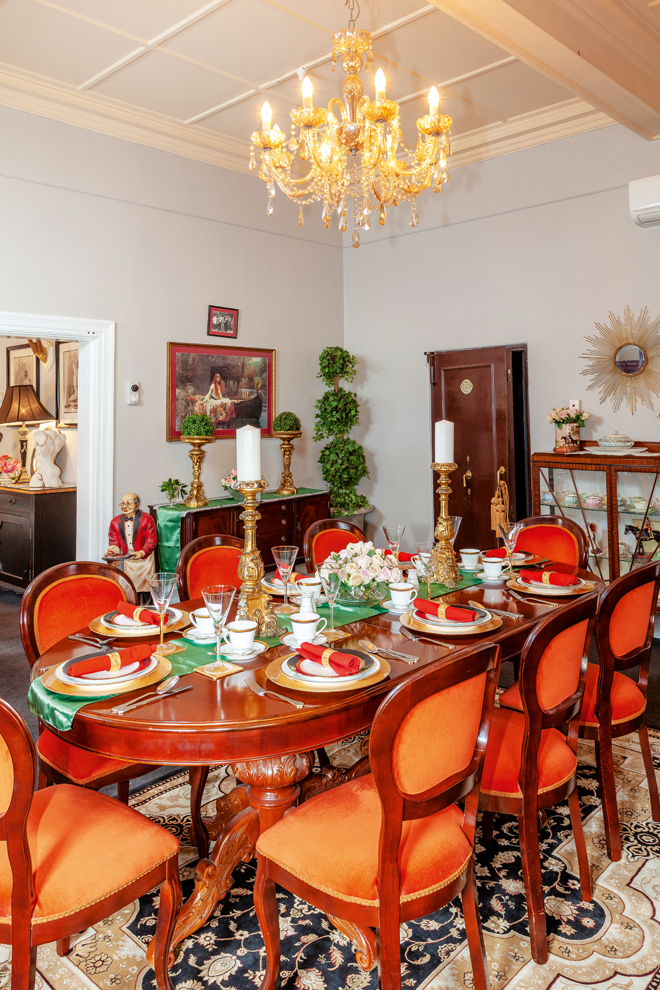 Tommy left school at 15 and immediately gained employment as a packing boy at a local vegie store. He recalls the thrill of having his own money and being able to contribute to the family finances. “They say charity begins at home, and I guess I first experienced the good feeling of helping others when my brothers and sisters and I banded together to do a makeover on Mum’s kitchen,” he recalls. “Because I was working, I was able to buy a laminated dinette setting for $99 and the others bought canisters and saucepans.” In what amounted to a precursor to reality-TV makeovers, Tommy and his siblings sneaked in while their mother was out to install the new setting. More than 50 years later, he says he can still remember the thrill of seeing her happiness in the moment.

By his late teens, Tommy had moved to Sydney where he gained work as a model for department stores including David Jones and Mark Foy’s. This was also his first encounter with Robbie, who went on to become one of the original Les Girls with celebrated Sydney cabaret performer Carlotta. It was also the chrysalis of his alter ego, Tallulah. “They were glamorous times,” he says. “After the fashion parades, we’d party with the beautiful people, so I was caught up in a whirl of social activities and charity fundraisers. Mum was a great cook and I just naturally loved cooking and entertaining, so I kind of fell into hospitality when I returned to Cowra. I was working as a wine waiter in a hotel and one night I got to work and they said the chef had walked out. There were 100 people for dinner so I just rolled up my sleeves and moved into the kitchen.” 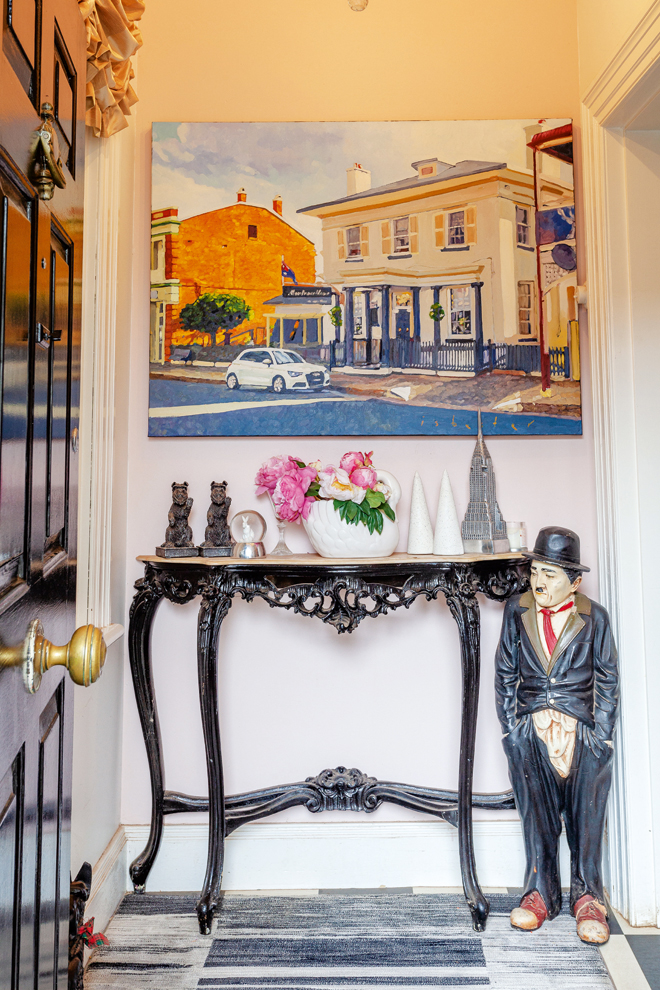 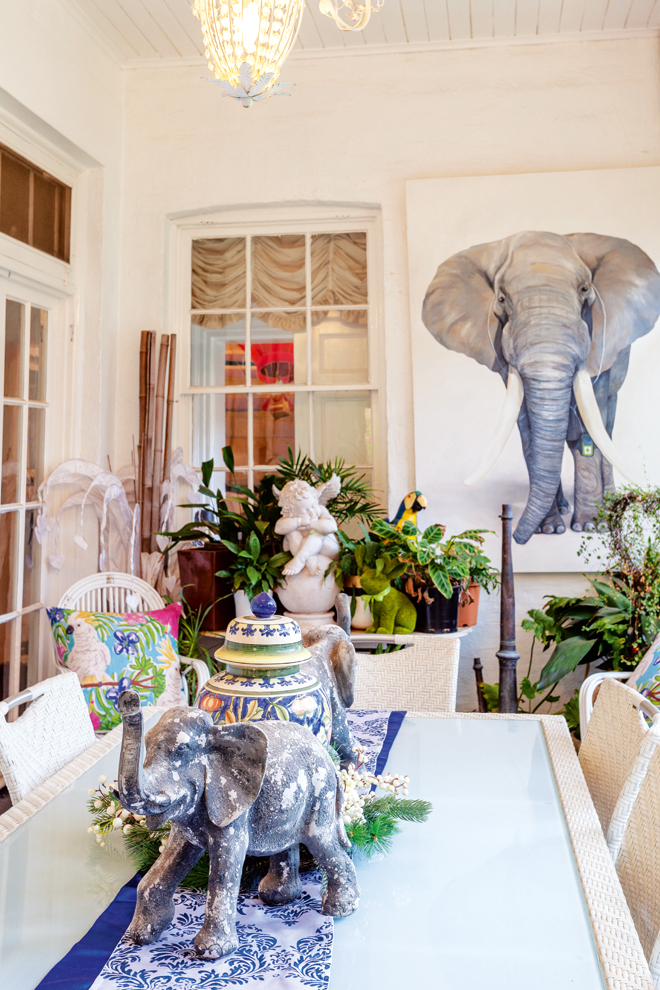 That was the start of a decade of working 70 to 80 hours, six days a week. And loving every minute of it. “Mum died in 1991 and a friend needed a hand with his restaurant in Port Macquarie, so I moved up there,” Tommy adds. “That, in turn, lead to Tommy’s by the Beach, which actually became the best restaurant in town and won a lot of awards.” In his “spare” time, Tommy threw himself into charity work for the Cancer Council, including the first ever Relay For Life, the Salvation Army and other causes.

In 2009, Tommy’s brother needed a hand with a motel he was running in Cowra, so Tommy came home for a bit, which has turned into a decade. In 2012, he took over the Deli Lama cafe in Canowindra and then in 2015, when the century-old Bank of NSW building was up for sale, he was able to buy it. “It was designed by artist and architect William Hardy Wilson,” he says. “He is famous for buildings all over Sydney’s north shore and he preferred the Georgian Revival style. Initially, I only intended the building, now called Montrose House, as a residence.” 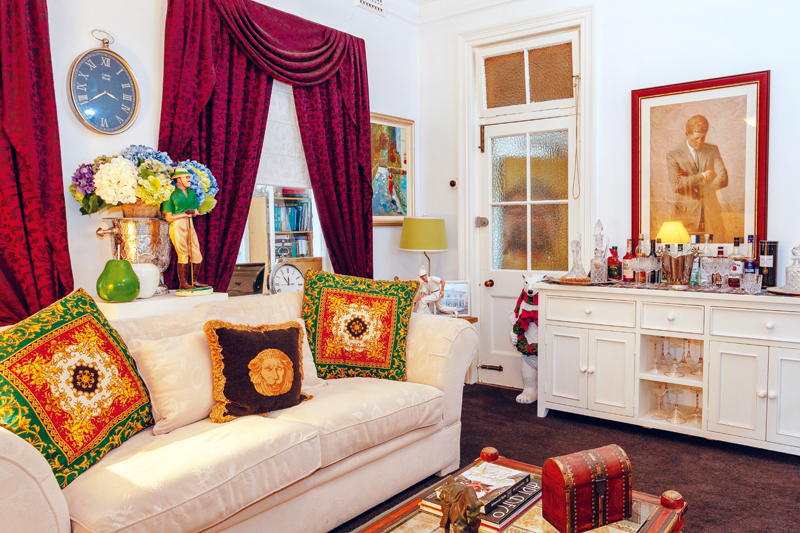 Before long, and a hectic six-week renovation later, Tommy saw the potential to open for functions in the formal dining rooms downstairs. Then some guests from out of town asked if they might stay over after dinner … so Tommy turned four upstairs bedrooms into guest rooms and Montrose House is now a fully fledged boutique hotel, serving dinner, bed and breakfast with a hefty side of entertainment if you’re lucky.

Tommy says he has lost count of the vast number of fundraisers he has organised, catered and entertained in his lifetime. There was $11,000 raised with a ‘‘millionaire’s lottery’’ of local goods and services for Royal Far West, the bush children’s health charity, $36,000 for Headspace after a spate of youth tragedies in town, $16,000 for the Cowra District Hospital maternity unit, another $16,000 for a facelift for Cowra’s bowling club, $15,000 to repair the Goolagong hall … and the list goes on. “We raised $11,000 towards repairs for the Canowindra local school when it was vandalised,” Tommy recalls. “I trained the kids for a cabaret show and got the teachers involved, so everyone came along. There’s no big secret to a good fundraiser beyond involving the community, keeping it simple and ensuring the guests have a few drinks before the auction.” 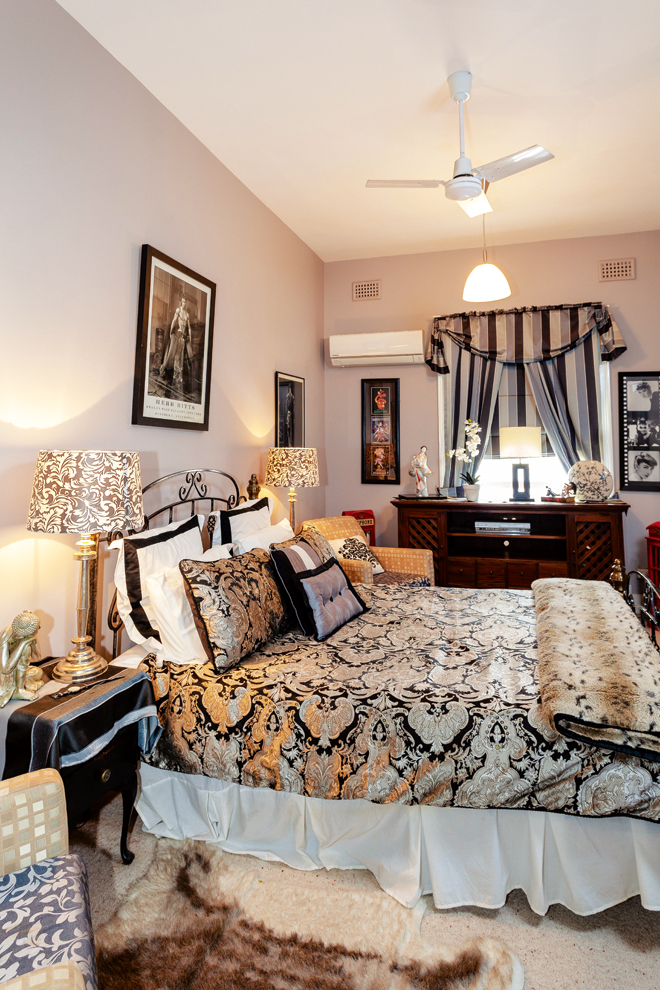 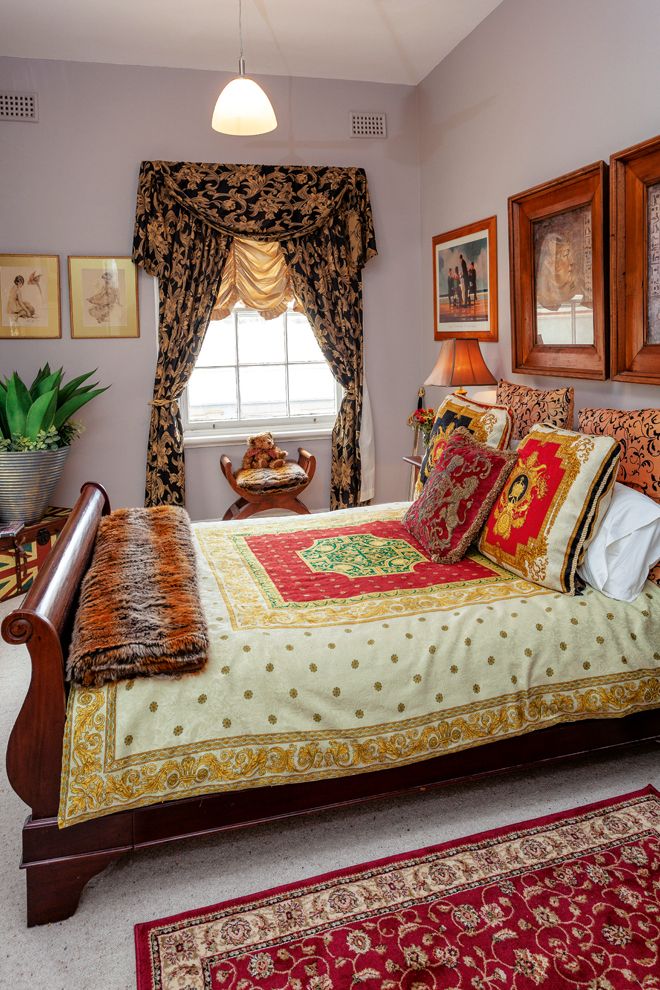 Tommy was full tilt into the festive season when Australian Country caught up with him. He’d hosted and catered for 22 functions in the past three weeks and was getting ready for another two that night and a Christmas Day open house for 56 of Canowindra’s “golden oldies”, mainly elderly women who have no family to celebrate with. Yet he shrugs off any suggestion that his is an unreasonable workload, or that possibly at 67, he could afford to sit back and rest on his laurels of almost 50 years of hard work and philanthropy.

“I just try to put a bit of happiness in people’s lives,” Tommy says. “The most important thing is to be well prepared. I have all the tables set and the food prepped long before the guests arrive. Plus I have two staff to help with service.”
On special occasions, or if his arm is twisted for the right cause, at the end of the evening he might just throw off his chef’s apron and duck upstairs to return as Mariah Carey in red and feathers singing All I Want for Christmas or Shania Twain belting out Man! I Feel Like a Woman. “I reckon I’ve still got the best legs in town,” he says. “If Shirley MacLaine can keep doing it at 84, i think I’ve got a few more years in me.”

Officially, Tallulah has hung up her heels. “Doing cabaret in stilettos is hard work,” Tommy says. “But she can be persuaded to give it one more whirl for the right cause. I’m thinking it might be time to do something for drought relief. Life is too short for negativity. And making people happy makes me happy. So everyone wins.”