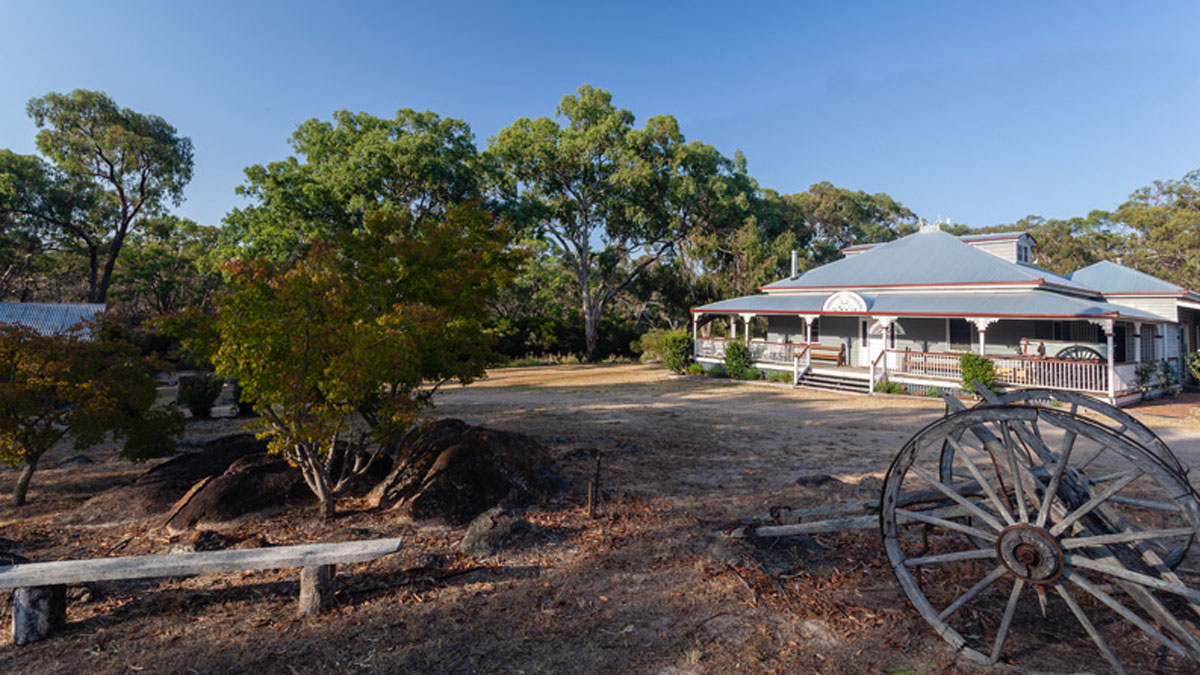 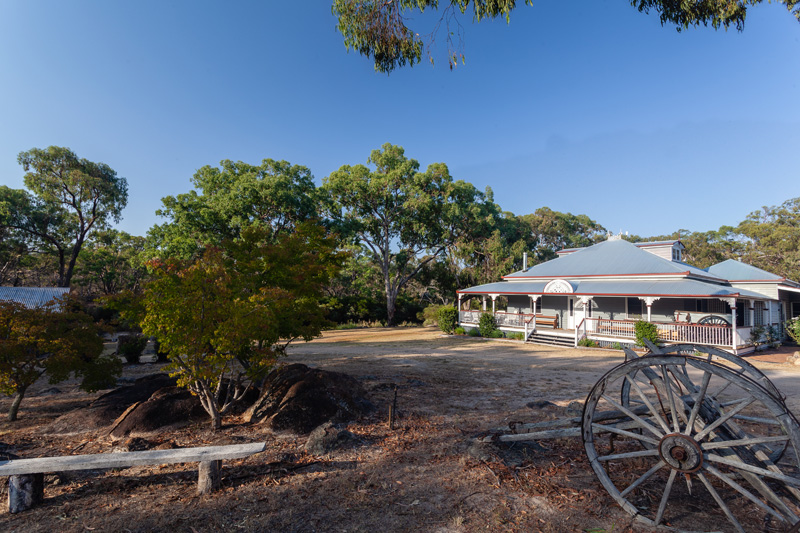 After 14 years living and working in the hustle and bustle of Asian cities, Taya and Steve Michalski returned to Australia determined for a change of pace. While they candidly admit they had no idea what that might have involved, the size of the shift became apparent when Steve came back from the school run one day and announced that son Oren’s school was in lockdown. It wasn’t that there’d been a bomb threat, a fire, or a rogue student running amok; in fact, it was a quintessentially Australian problem. Someone had spotted a red-bellied black snake in the school bagging area, so the students, all 69 of them from prep to year six, had to be relocated to an upstairs area until a snake catcher arrived to sort out the unwelcome intruder. 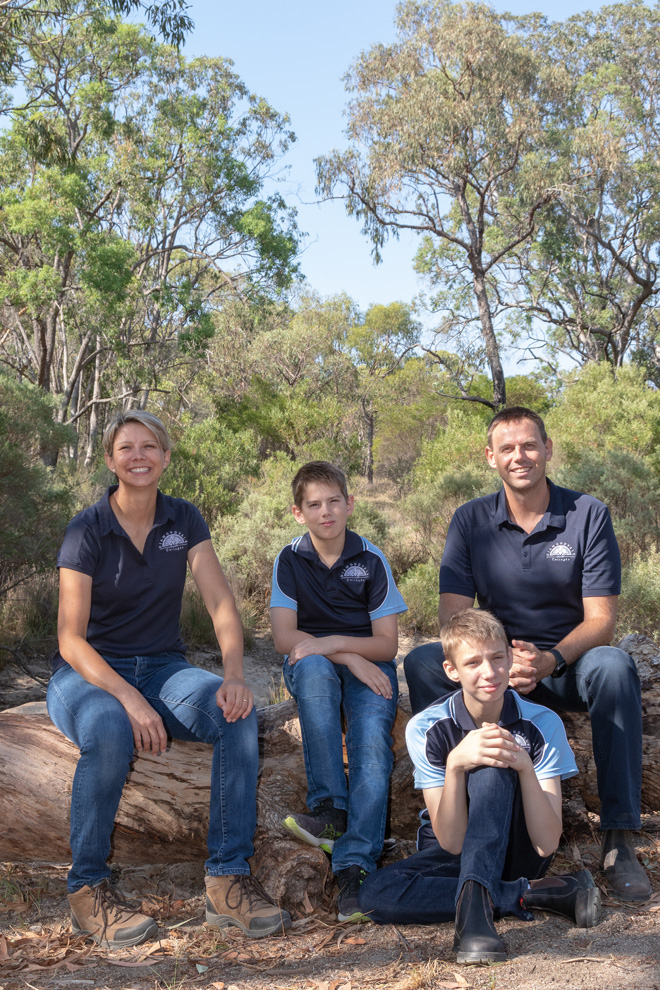 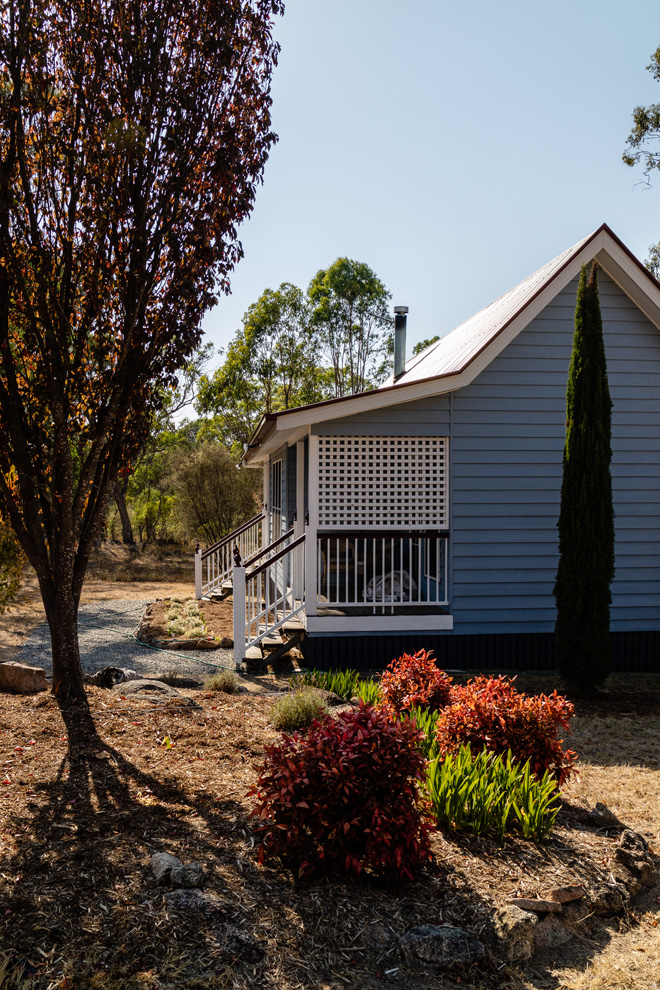 The Michalskis moved to Stanthorpe, in the heart of south-east Queensland’s winemaking and fruit-growing Granite Belt just before Christmas 2016. They’d returned to Brisbane almost two years earlier, with sons Jaden, now 14, and Oren, now 11, who were both born overseas. After such an urban existence, they were determined for a new direction and talked vaguely about perhaps running a B&B “somewhere in the country”.

“Even when we lived in Asia, we took every opportunity to get outdoors,” Steve recalls. “We’d take the children on hikes in summer and skiing in winter. We continued when we came back to Australia and we quickly identified that we loved camping in Girraween and Sundown National Parks and the Scenic Rim.” 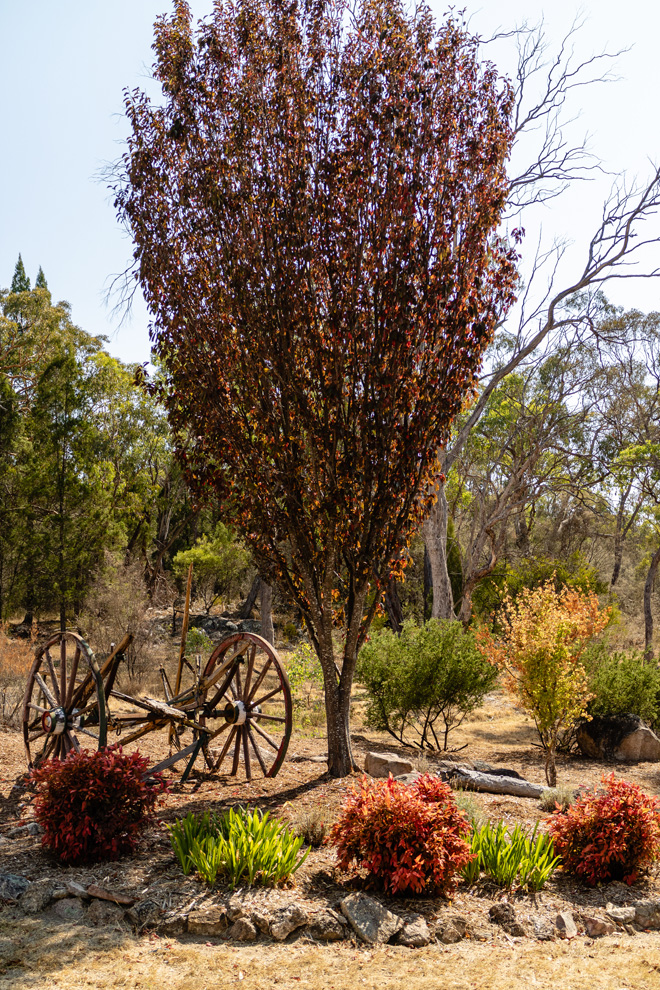 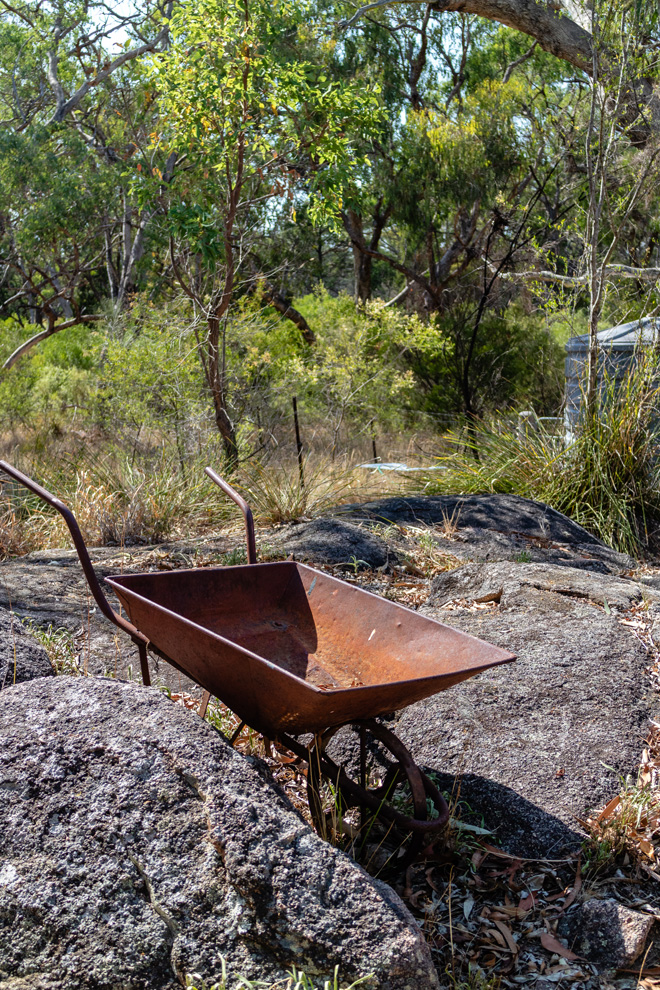 After a long career with Macquarie Bank in Hong Kong, Tokyo and Singapore, Steve took on swimming coaching and Taya, whose CV is heavy with marketing and PR roles, found part-time work with an insurance and superannuation company. But nothing really gelled and the couple decided it was time to get to know Australia better.

“We bought a caravan and took off on a 14-month road trip,” Taya says. “Ironically, just before we were about to leave, an ad popped up on my screen for Diamondvale, a property on the outskirts of Stanthorpe. We came down for a weekend and, of course, it ticked a lot of boxes for the tree change we’d been vaguely entertaining.” 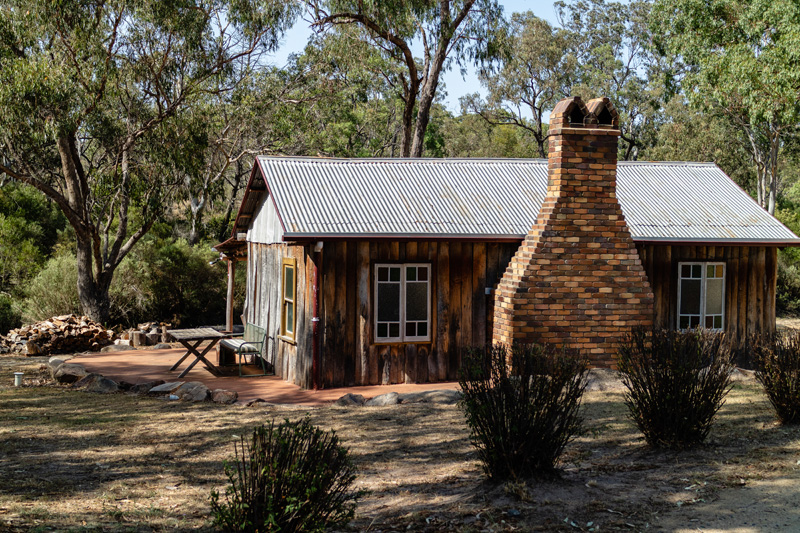 The property is set on 30 bushland acres (12 hectares) with Quart Pot Creek running through the land. It came with a restored 1907 homestead, three cottages, a four-bedroom lodge and a slab-hut meeting place, which replicates the tin miners’ cottages that were the foundation of Stanthorpe, or Stannum as it was originally named.

“We had found the benchmark without even looking for it,” Taya says. “So while we were travelling, we kept looking at potential places for relocation. We went to some amazing spots — Jindabyne, Bright, Margaret River, parts of Tassie, Alice Springs, and Cooktown— but nothing really measured up to what we had seen in Stanthorpe. We were in the Kimberley and when we got back into mobile range in Kununurra, the phone started going mad with messages from the previous owners. They’d been following our trip and wanted to know if we were still interested as they were planning on listing it with a property broker.” 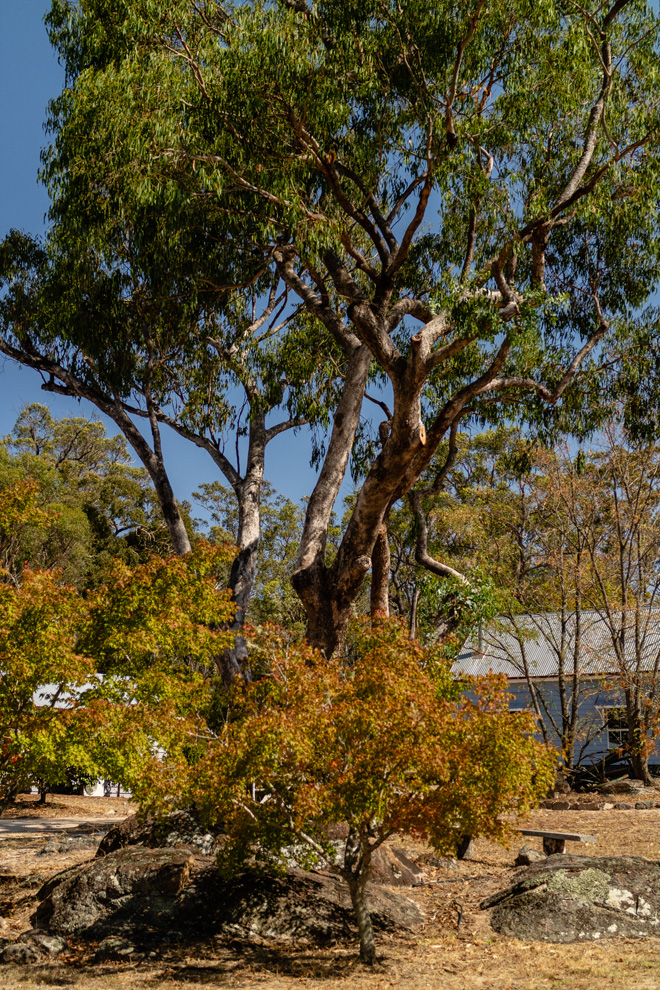 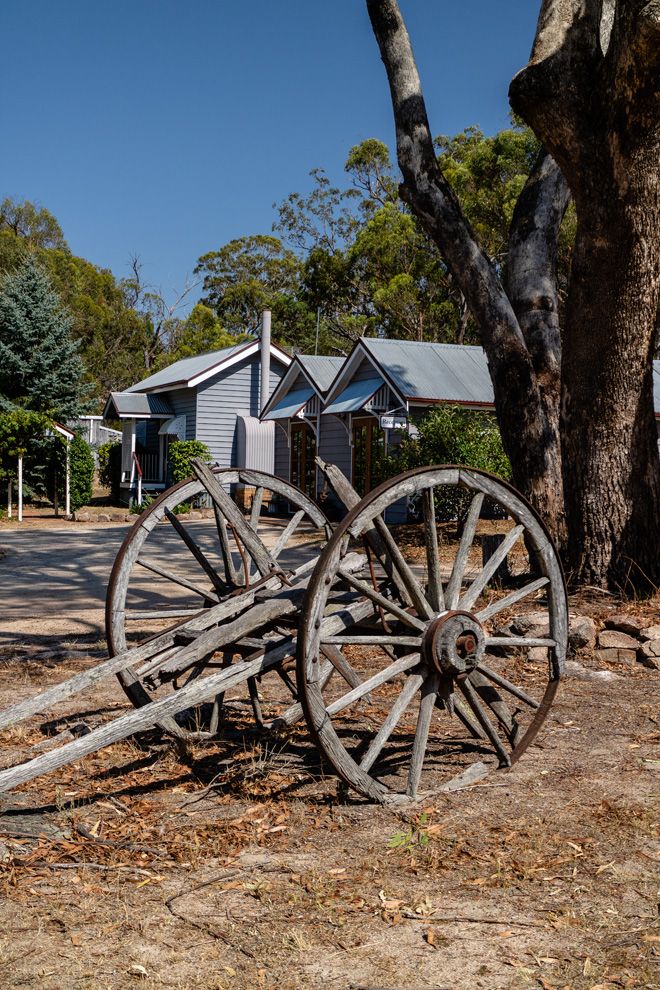 Negotiations continued from the road and, after what seemed like the longest cooling-off period in real estate history, they flew down from Cairns to seal the deal and made the big move in December, some 20 months after they’d first inspected the property. Although it was a huge leap from city living to the bush, Taya and Steve have a long history of brave moves. The Michalskis grew up in south-western Sydney and met when Taya was still at school and Steve had just started studying economics at uni. Taya went on to study communications and when Steve got his big break with Macquarie Bank and moved to Hong Kong in 2000, they continued their relationship long distance. They married at the end of 2001 and transferred to Tokyo, where Steve continued with the bank and Taya worked at the Australian Embassy until Jaden was born in 2005. 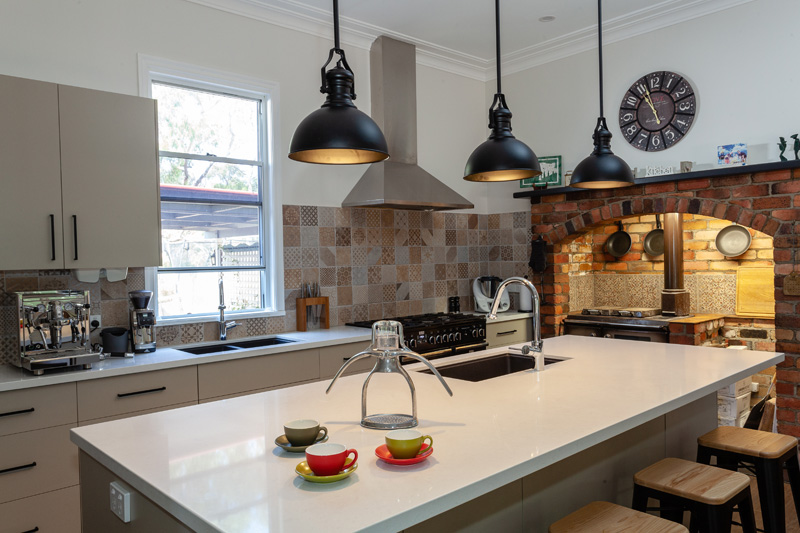 “We lived in a high-rise apartment and got to know ex-pats from all over the world,” Taya says. “It takes 18 to 24 months to get used to the lifestyle, but after a while, it becomes the norm. I learned survival Japanese, which means I could shop and give directions to a taxi driver, but not have an in-depth conversation. After Oren was born, we moved to Singapore, which is Asia for beginners compared with Japan. But eventually, we tired of the lifestyle and it was time to come home.”

The Michalskis say their new life in Stanthorpe is light years removed from the Asian experience. “Working in hospitality, there’s a different kind of pressure to the corporate world,” Steve says. “In a sense, it’s more constant work, as there’s always maintenance or something we should be doing. Taya is a bit of a perfectionist and wants every guest to feel very special, so she does things like bake Anzac biscuits for every new arrival. But while it’s work, it’s also very rewarding and many of our guests are return visitors, so they have become friends. And the town has been very welcoming. We knew we’d made the right move on Christmas Day just after we arrived when one of the bus tour owners who takes our guests around the vineyards took time to call and offer seasons greetings.” 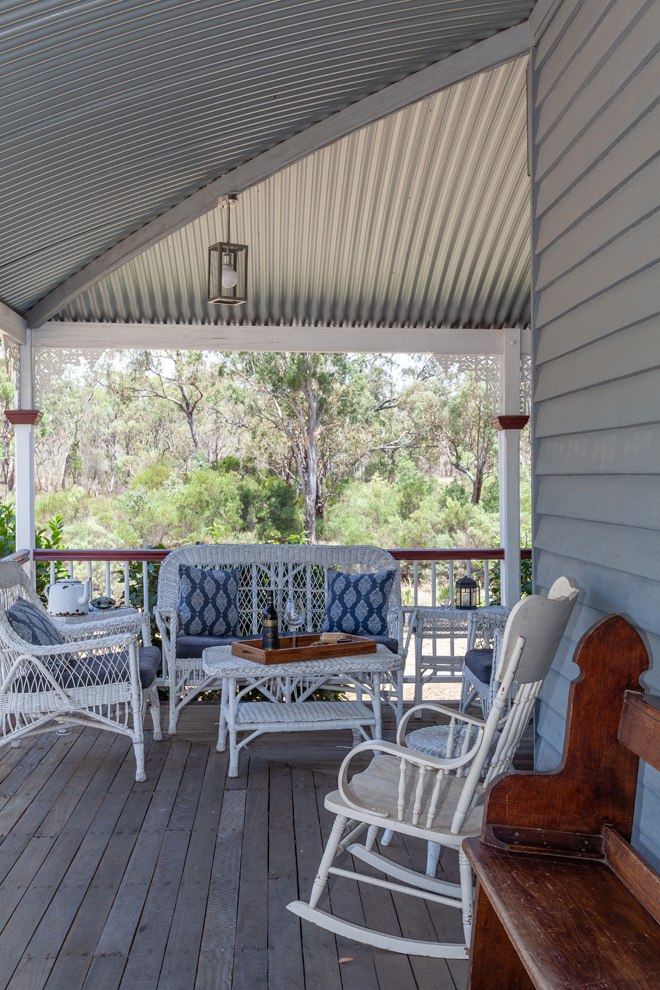 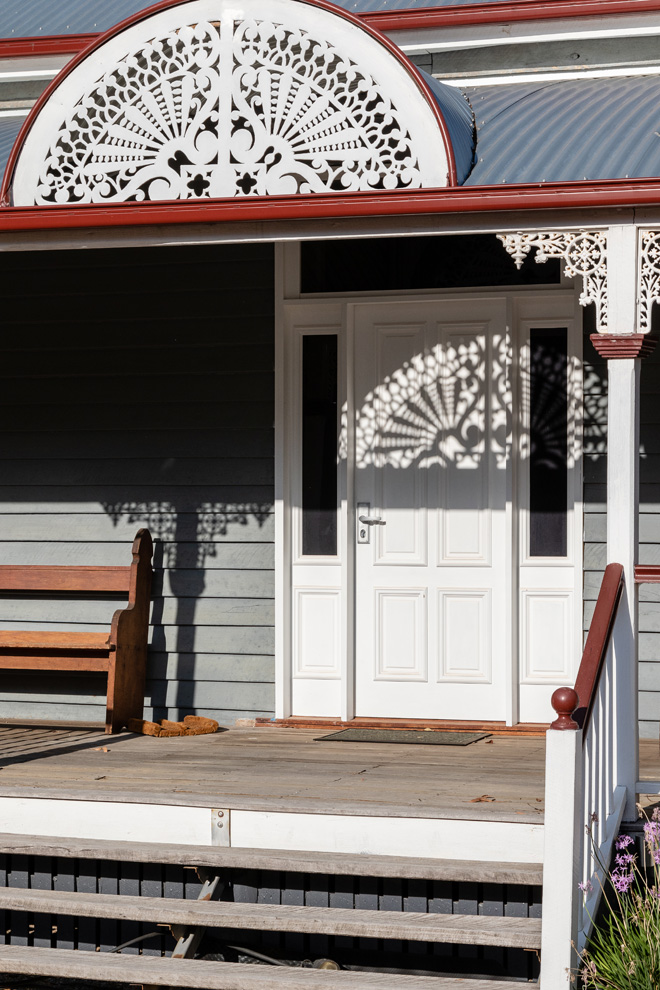 Stanthorpe has a long record of welcoming newcomers and a multicultural history, which doubtless contribute to the very civilised lifestyle its denizens enjoy. Miners came from all over Europe and Asia when tin was discovered at Quart Pot Creek in the 1870s and the migrations continued in the 1880s, when German fettlers came to work on the railway line from Warwick to Wallangarra. Following both World Wars, Italian migrants added to the mix as they came to establish apple and stone-fruit orchards and lay the foundations for the Granite Belt’s wine industry. These days, backpackers from all over the world come to work in the vineyards and orchards and their influence can be felt in cafes such as Holly’s on Stanthorpe’s main street, where ramen and tempura stand alongside burgers and fish and chips on the menu. 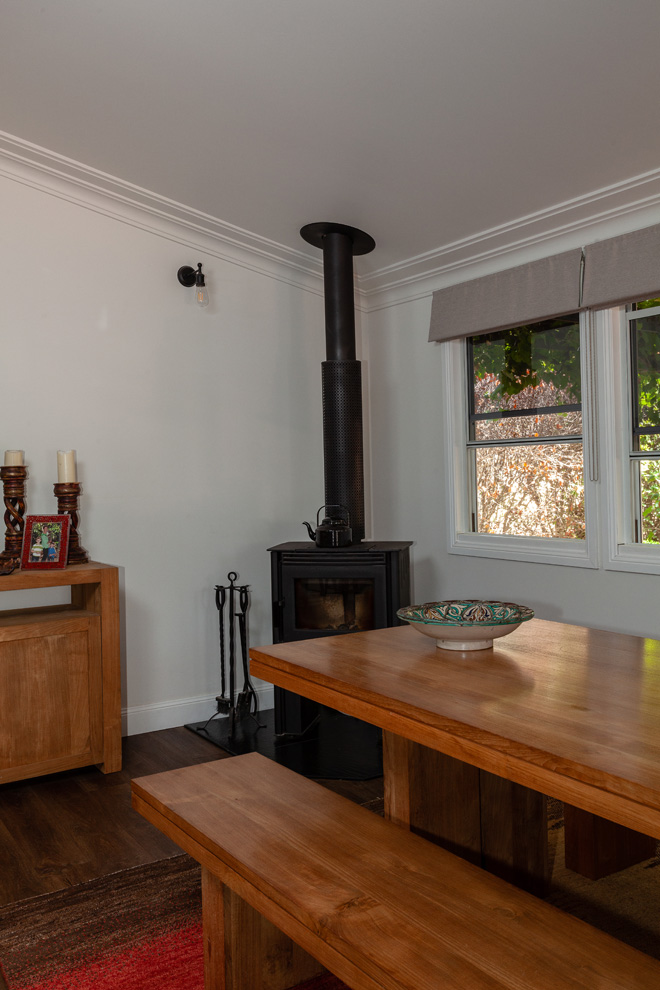 Steve and Taya have a long list of “must-visit” destinations for visitors to Diamondvale. They include the five national parks within a 30-minute radius of the property and a raft of wineries from Symphony Hill and Pyramid Road Wines to Balancing Rock and Ridgemill Estate. Brass Monkey and Granite Belt breweries also get their seal of approval, alongside restaurants including Varias, Anna’s and Beverley Homestead’s Saturday night degustation menu at Whiskey Gully Wines. For local produce, they recommend Jersey Girls Cafe, Sutton Farm Shed Cafe for apple pies and cider and Jamworks for preserves, pickles, jams, lunches and the best coffee this side of Toowoomba. 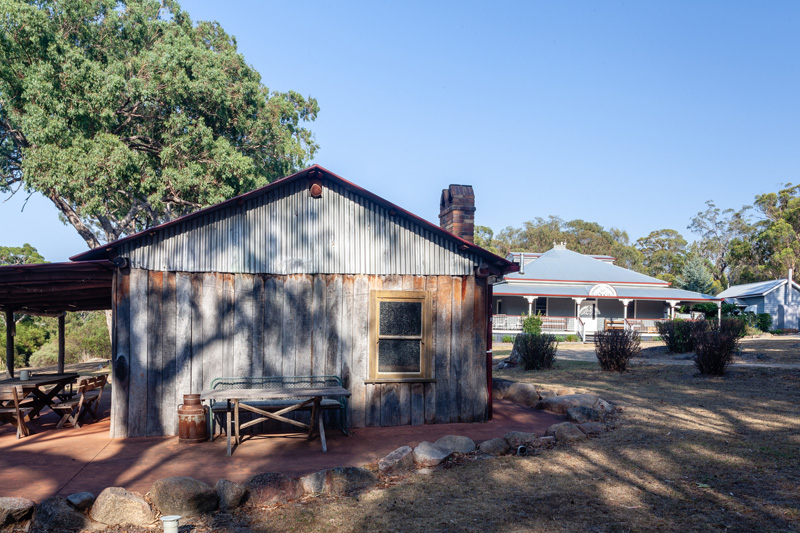 With their typical boots-’n’-all approach, the couple decided that Oren should attend a little country school rather than the big primary school in town. Meanwhile, Jaden is happily ensconced at high school in Stanthorpe. “We wanted the boys to really experience the benefits of country life and the space to become themselves without external pressures,” Taya says. “In many ways, the caravan trip reset everything. When you live in such a confined space for an extended period, you realise how little you need to survive and how memories are so much more important than objects.

‘‘When I look back now, I recognise that until Jaden was born, we were just capitalist pigs, always extending that contract for just one more year to chase the almighty dollar. But children change your perspective. I don’t for a minute regret the route we took and I love the fact that the kids have a good appreciation of other cultures and friends all over the world. But now I want them to appreciate that the important things in life can’t be bought and that you have to work for them. We think we’re really lucky to have found this place and all that it offers us as a family.”

The complete story was originally published in Australian Country issue 22.4. Click here to subscribe to our magazine

Just an update from Taya and Stephen (Michalski) about Stanthorpe and Diamondvale Bed & Breakfast Cottages.

Although you may have heard about the bushfires, drought and water shortages at Stanthorpe it’s business as usual down in the Granite Belt, even though it’s a bit drier than everyone would like for this time of year. The wineries, cafes, restaurants and businesses of Stanthorpe are running as usual and looking forward to sharing a taste of the region with visitors. The fires have not affected the town, except for the short-term smoke and spectacular sunsets, and there’s water aplenty for visitors for drinking and bathing. In fact Steve and Taya are ready to welcome guests, so call some friends and plan a holiday or short break soon. https://www.diamondvalecottages.com.au/