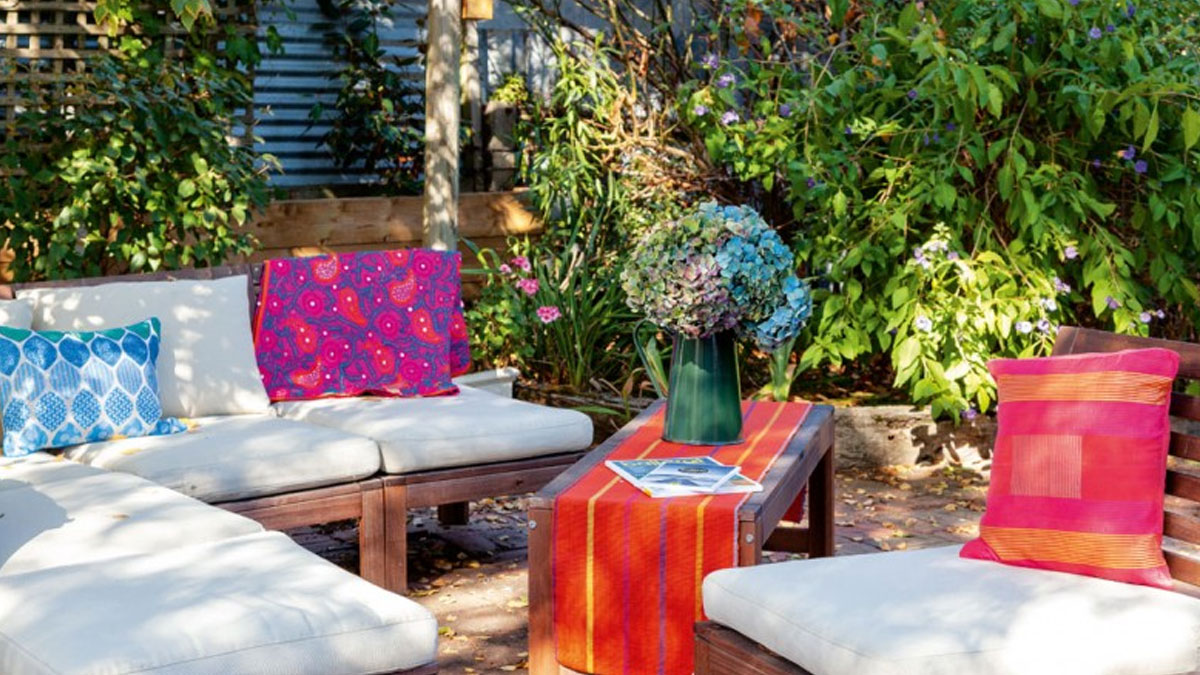 It was meant to be. When Caroline Gabriel and Shaun Bowden went looking for a property in Melbourne’s near countryside, their wish list included a reasonable train commute to the city, a town with a strong sense of community and culture, and a variety of restaurants, theatres and entertainment options. As keen cooks, they wanted a kitchen garden, or at least space to create one, a workable kitchen and space to entertain. 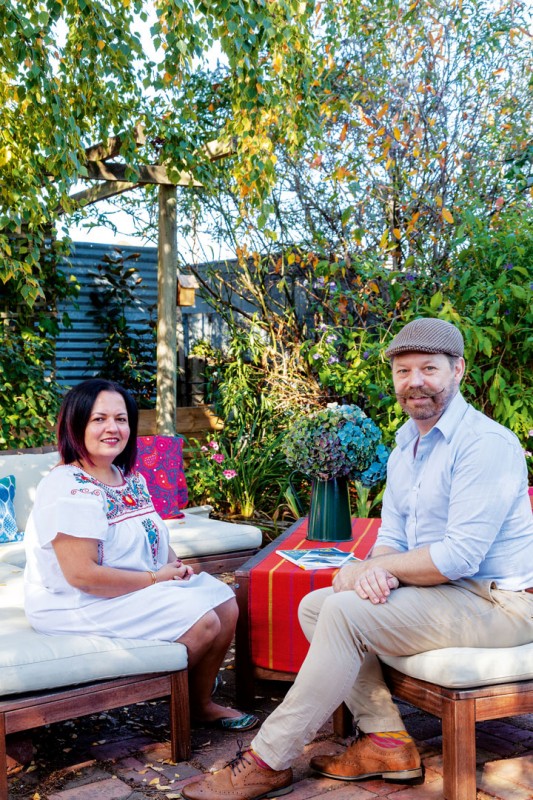 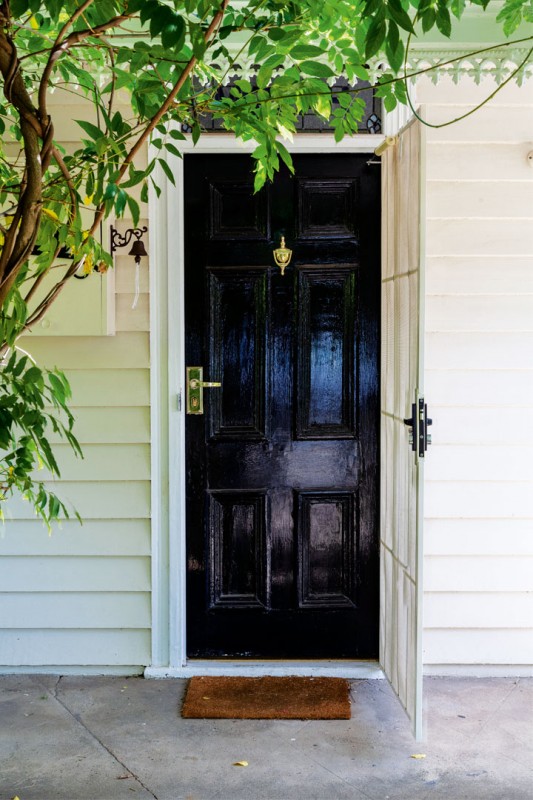 Ballarat ticked all the location boxes, so when Caroline spotted an online ad for a mid-19th century miner’s cottage, she didn’t hesitate to jump in the car and head up to the former gold-rush town to check it out. “Shaun was interstate for work and I was actually searching for another property when I came across the ad,” she recalls. “It had been listed that day so I called the agent and asked if I could come to see it the next day. He said he wasn’t available to show it to me and I would have to wait to see it at the open inspection on the weekend. But for some reason, I had this terrible urge to drive to Ballarat just to go past the cottage and look at it. While I was driving, the agent called back and said he was home with his child and if I didn’t mind him bringing his daughter, he could show it to me that afternoon. I knew it was our forever home as soon as I stepped into the front garden.

The smell of the jasmine, honeysuckle and wisteria brought back childhood memories. By the time we got to the back deck, I asked how much I needed to offer to make it ours. We became the proud owners the day after. So Shaun didn’t see the house until after we bought it.”

Needless to say, when Shaun actually saw the property, he felt similarly about it and they both remain as convinced it is their forever home as they were the day they moved in. They’ve named the house Mizpah, from the Hebrew word for watchtower. “It originates from the Biblical story of Jacob and Laban,” Caroline explains. “They made a tower of stones to mark an agreement, with God as their witness, but it has come to symbolise an emotional bond between two people who are separated. Through the decades we’ve been together, Shaun has given me various pieces of Mizpah jewellery, so when he was celebrating a decade birthday, I decided to get the name made in stained glass as a gift for him. I couldn’t think of anything more special than to name the house as the place that looks over our relationship.” 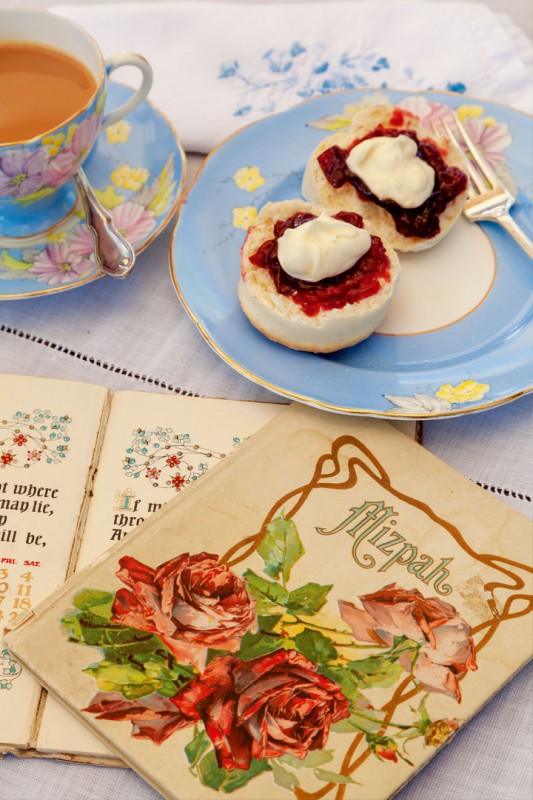 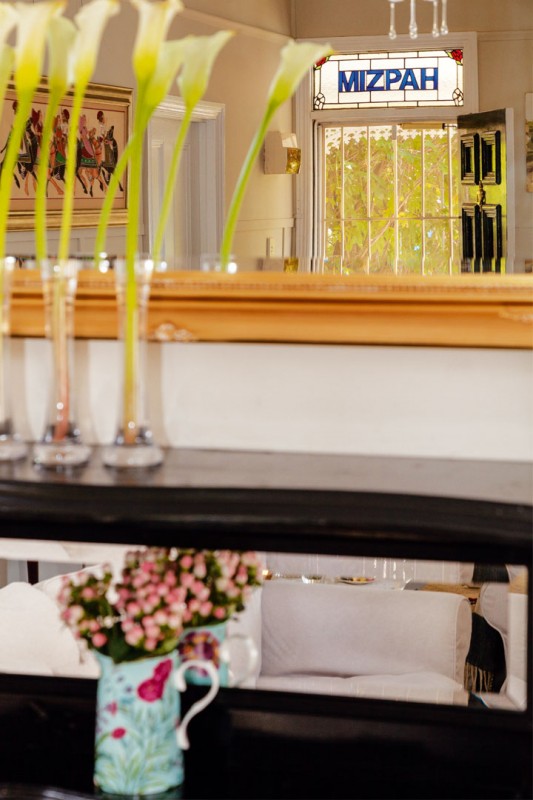 Caroline, who has Anglo-Indian heritage, was born in Kolkata and came to Adelaide with her family when she was 12. “We already had family there,” she says. “I think it was hard for my parents, because they had friends and a good home and business in India, but they felt the opportunities would be better for us here. And they were right as we have all done well. Nonetheless, I felt I left a big part of myself behind when we migrated and I continue to return to India as often as I can. Fortunately, when I took Shaun there for the first time 20 or so years ago, he loved it. I hadn’t realised, but it actually would have been a deal breaker for our relationship. As much as I love my life here, when I step off the plane in India, I take a full breath and feel all together.” 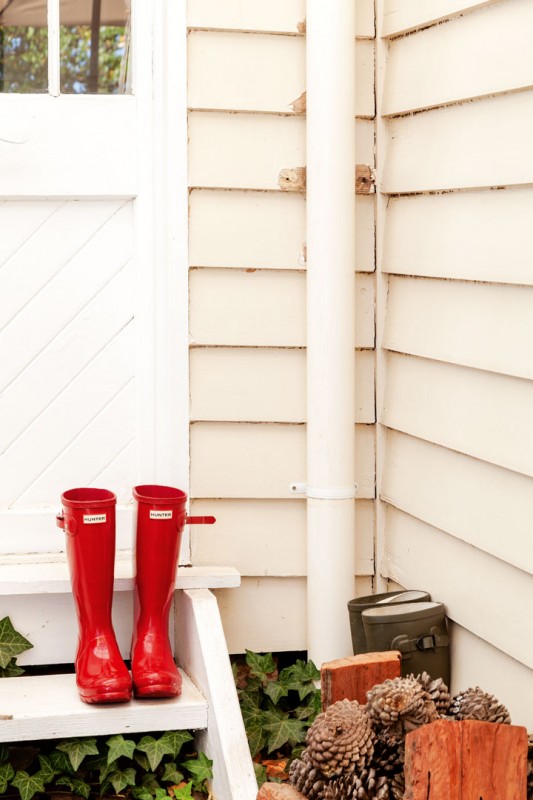 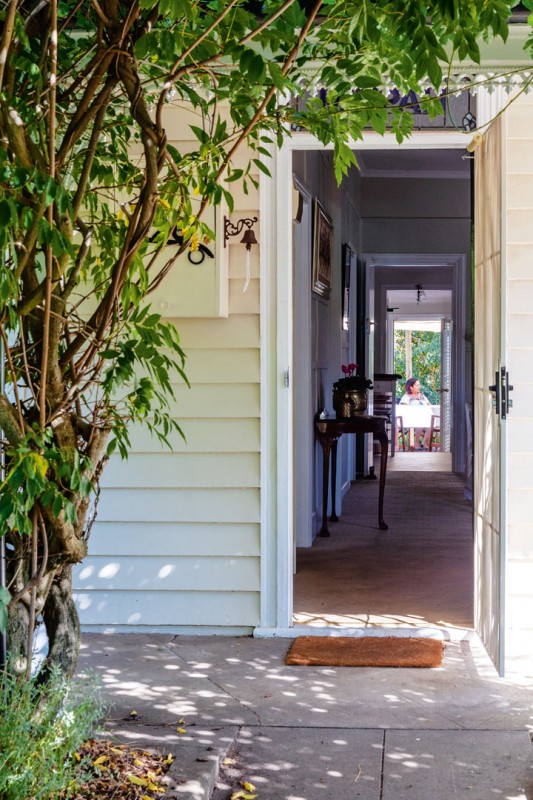 Shaun, who spent his childhood in a farming community near Port Augusta, moved with his family to Adelaide at the beginning of high school. He and Caroline, who are both nurse educators, met as nursing students, when Caroline started her training in 1987. While Shaun moved into healthcare education early on, Caroline’s background is in renal and dialysis. They moved to Melbourne for work in 1995 and married in 2000. A stint in Abu Dhabi earning expat wages gave them the wherewithal to buy their own home and the serendipitous sale happened in 2015. 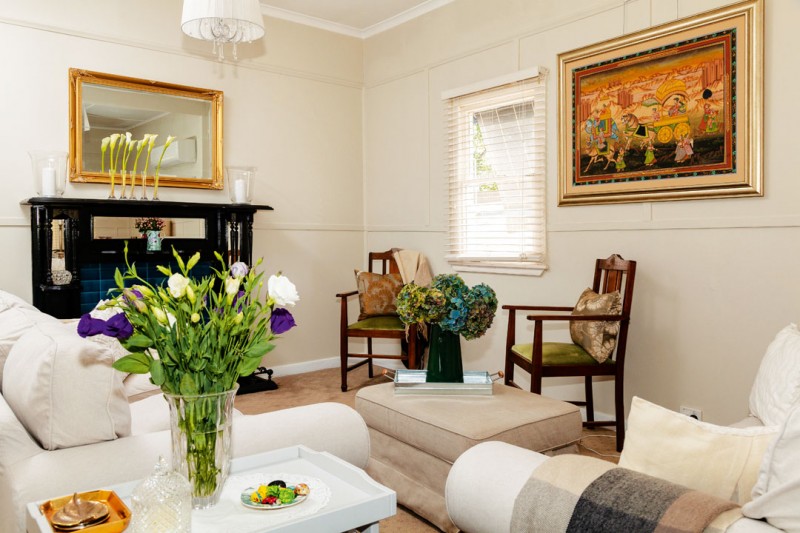 Since they moved in, the couple has painted the cottage throughout and decorated with travel souvenirs and artworks collected through the years. While there’s plenty of colour in the garden, they’ve kept the interiors fairly neutral as a backdrop for their collectables. “We both love nice things,” Shaun observes. “I spent my entire first pay packet on a second-hand lamp. It sounds extravagant, but we still have it and still love it.” 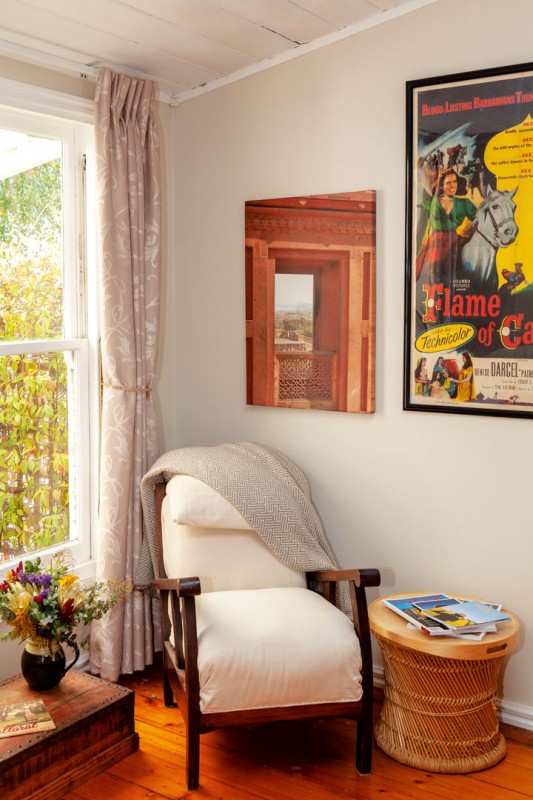 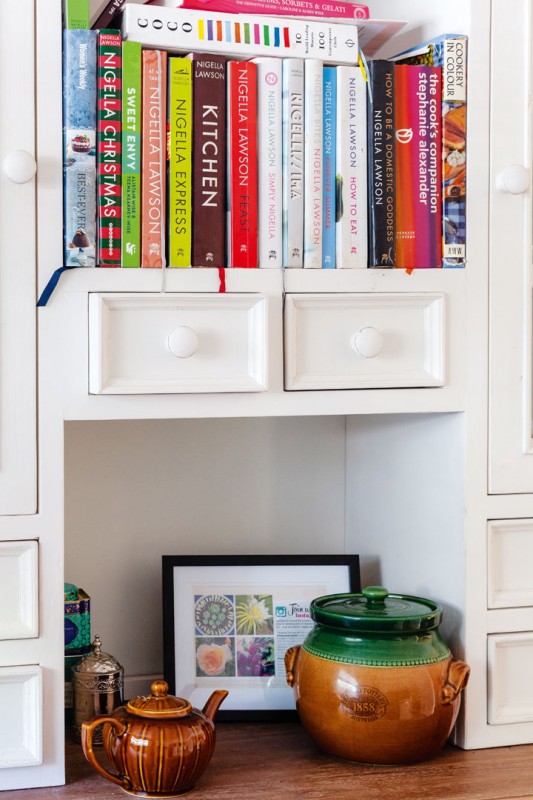 Cooking is another mutual passion and their “friend” Agatha the AGA cooker has pride of place in the kitchen. “I love baking and cooking Indian food,” Caroline says. “Shaun is in charge of braises and bread. The AGA is a cook’s oven, as you can’t see or hear what’s going on inside and you have to go by smell and instinct. The top oven is for roasting and baking and the bottom one is for slow cooking and simmering. We cook toast on the top plate, which also delivers a great rolling boil for a perfect cup of tea. So we don’t need a toaster or an electric kettle and I’ve also worked out how to steam vegies so the microwave is pretty much redundant as well.” 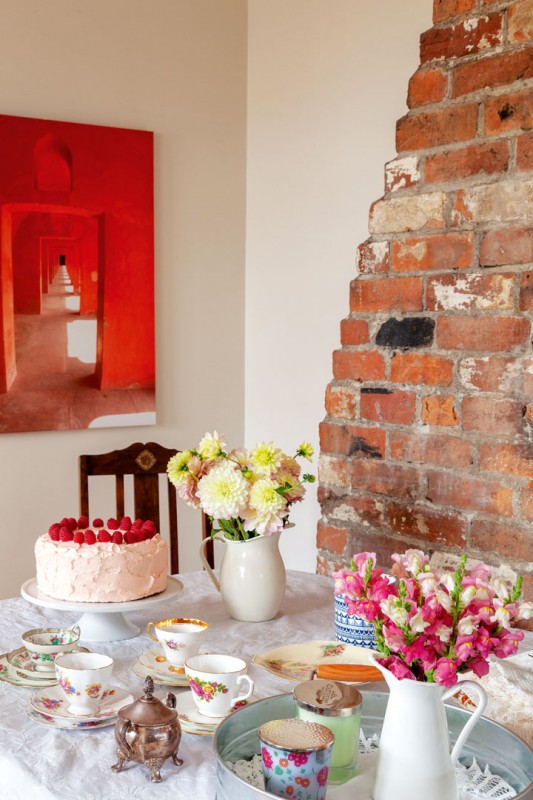 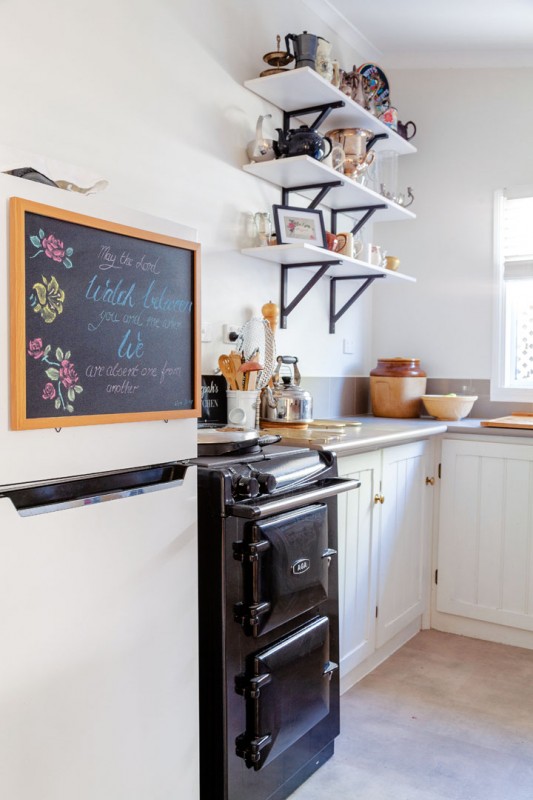 Agatha had been working overtime on the day Australian Country visited, as Caroline and Shaun served a splendid afternoon tea with home-made scones and jam made from plums from the tree in the garden and a spectacular raspberry cake. “It’s not for show,” Caroline says. “We do afternoon tea for each other frequently. If one of us is not at work, we’ll have it ready for the other when they come home. I have a big birthday coming up and we are planning on holding a high tea to celebrate. It’s just one of many ways of enjoying the house and spending time together in it. I have no doubt that we will spend the rest of our lives here.” 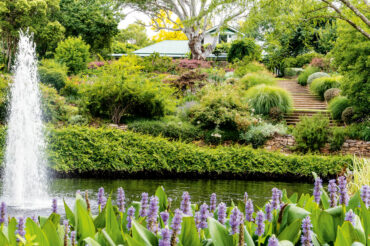 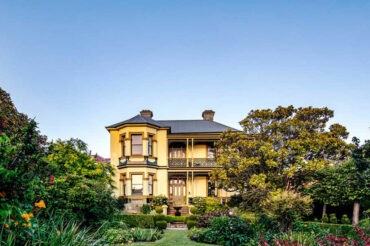 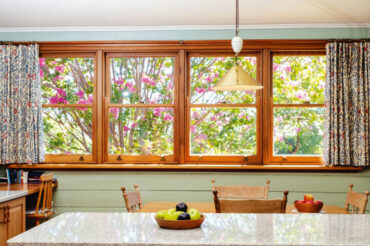