Hinterland haven: A patch of paradise

Mel Manley supports the children’s charity Forget Me Not from her beautiful home and garden on acreage on Queensland’s Sunshine Coast. 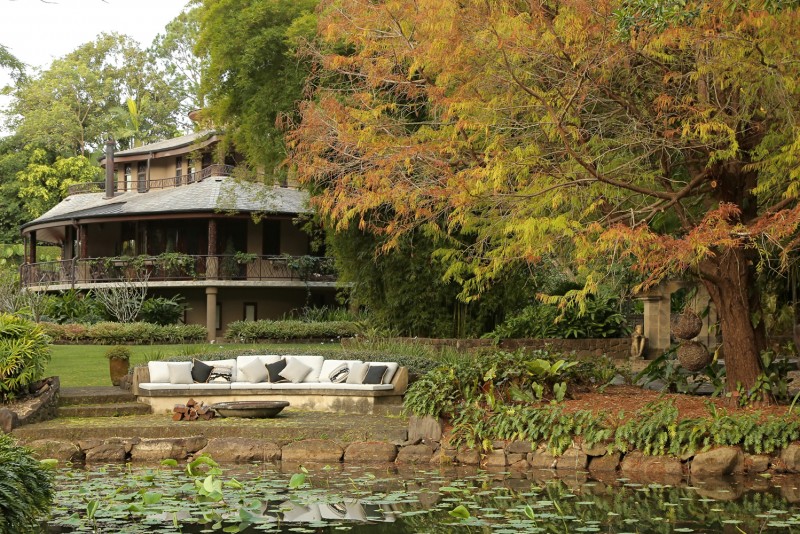 They were young, idealistic, and utterly unprepared for the waters into which they dived so enthusiastically. In 2005, a trio of young Queenslanders started a charity supporting Nepalese orphans. One of them had done a stint volunteering as an English teacher in Nepal and came home to Hervey Bay determined to continue to support the children with whom he’d been working. He co-opted his sister and a few friends and Forget Me Not, Australia was born.

They, in turn, talked, cajoled, and persuaded their friends and family into supporting the cause and by 2008 Forget Me Not, Australia was sufficiently established for one of the co-founders to be awarded the Queensland recipient of the Young Australian of the Year.

As Mel Manley takes up the story, she was driving from Gympie to Bundaberg, when she heard a radio interview about these extraordinary young people. Mel and her husband, Craig own McDonald’s franchises in several southern Queensland towns, so her interest was piqued when she heard about their work.

“Macca’s role with Ronald McDonald House is well known,” she says. “But they also partner with local charities in regional centres. So we’re always on the lookout for causes to support and my ears pricked up when I heard about Forget Me Not. Pretty soon we became supporters, and we’ve visited Nepal many times since.”

By 2009, the storm clouds, however, started to gather on Forget Me Not’s front, when a volunteer, who was fluent in Nepalese, alerted the charity that some of the so-called orphans believed they had parents and wanted desperately to return to them. As more details emerged, it became clear that, despite their best intentions, the young people Forget Me Not thought it was helping were not orphans at all. Rather they were the victims of a massive scam being perpetrated on poor Nepalese families and well-meaning orphanage supporters in countries such as Australia. In many cases, the families, mainly from remote villages far from Kathmandu, had scraped together their life savings to pay for their children to be educated to save them from a life of stick picking or goat herding. When they were taken to Kathmandu, the unscrupulous “orphanage” operators were faking the parents’ death certificates and creating new identities for the children in order to sell them.

“It was a mind-boggling situation,” Mel explains. “It turned out it was child trafficking, a modern form of slavery. We were utterly heartbroken. We were organising all these fundraisers and charity dinners and it was all a fraud.”

In the midst of this maelstrom, which included notifying all their donors in person, Forget Me Not’s board and CEO Andrea Nave had to work out a way forward.

One of the co-founders, Kate van Doore, who is now an international children’s rights lawyer, made headlines in 2011 when she helped rescue 39 children from a corrupt orphanage in Uganda. She’s gone on to complete a PhD on the subject of illegal or unregulated orphanages and her research shows that a staggering 80 per cent of children in orphanages globally have one or both parents still alive.

Today Forget Me Not has tallied more than 700 rescued children who, with ongoing support from the charity, have been reunified with their families. The organisation also works in Uganda, supporting child or grandparent-headed households, which care for children whose parents have died due to civil unrest or the AIDS epidemic. As well, there’s a Forget Me Not affiliation in India with an organisation that provides education for children from Delhi’s slums in outdoor classrooms that have been constructed under bridges, metro lines and makeshift shelters.

Mel and Craig continue to support Forget Me Not and count themselves fortunate to have been able to witness the work first-hand, during various trips to India and Nepal.

The sub-tropical setting at Eumundi in the Sunshine Coast hinterland. As a country girl who grew up in the NSW central west, Mel says she was dreaming of in a 10-acre (four-hectare) block with views to Mount Cooroy.

To read more of this, find the story in Australian Country #24.1