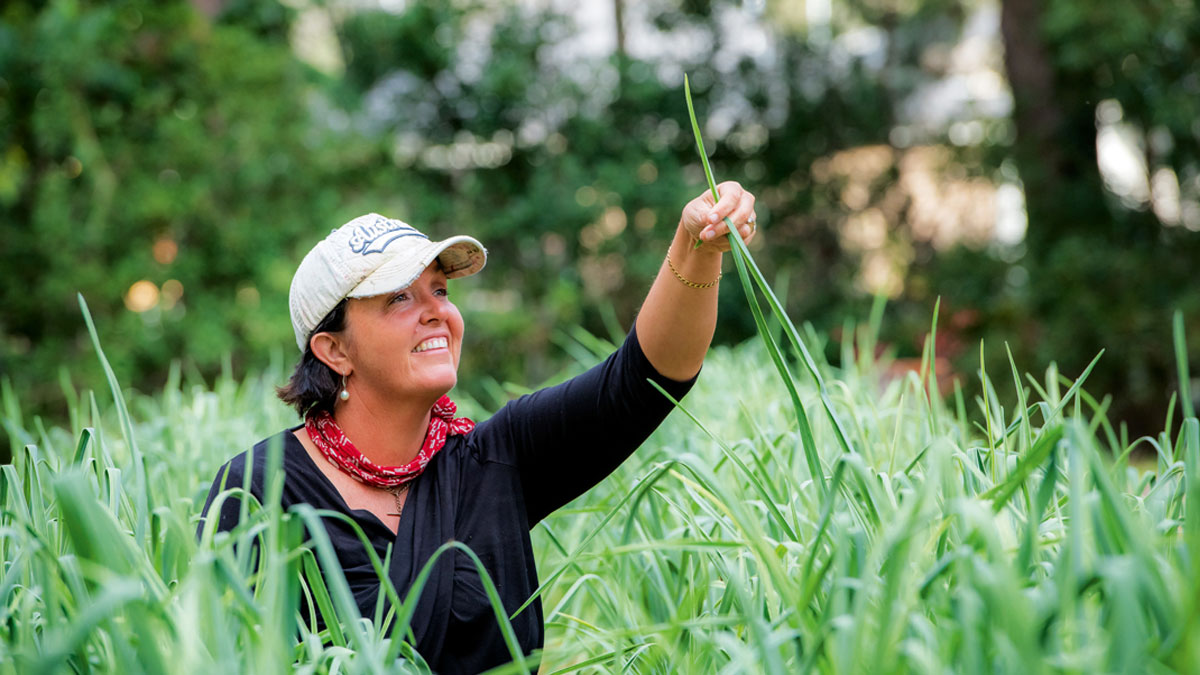 Blueberry farmer Kellie Potts likes to tell her kids that if she were to get a tattoo, it would be a tree with the formula 6CO2 + 6H2O → C6H12O6 + 6O2 written along the trunk. “Why not?” she says. “It’s the formula for photosynthesis, the source of all life. I have to add that it’s highly unlikely I will ever follow through.”

Kellie lives with her partner, Nigel McIvor, and children Amy, aged 14 and Lachlan, 13, on a 140-acre (57-hectare) farm at Sandy Beach near CoffsHarbour on the NSW mid-north coast. In the mid-2000s she and her brothers, Michael and John were gifted equal shares in a property that had been in their family since their great-grandmother bought it during the 1930s for their grandfather, who ran a butcher’s shop in the seaside town of Woolgoolga.

“My grandfather had his slaughter yards on the farm, but we grew up on a bigger beef cattle place at Corindi,” Kellie explains. “Our father was retiring when my grandfather decided to give up the farm, so Dad decided to give it to us kids. It was a nifty move as we were all living away and it gave us all the excuse to come home. It’s been rather lovely as we all live near each other and have raised our families together, so I realise were are very lucky.”

Kellie, who had studied horticulture at the Hawkesbury campus of the University of Western Sydney and worked in the industry consulting to orchardists and fruit and veggie farmers from far north Queensland to Orange in central NSW and a stint in the mines at Kalgoorlie in WA before the chance to pursue her long-time dream of running her own farm presented itself. Blueberries were a natural choice, as her parents had run an ag store as well as their farm, so she had grown up surrounded by people who grew the low-calorie, high-nutrient queen of antioxidant fruit.

“A lot of banana farmers in our area went over to blueberries in the 1990s when times were tough,” she says. “There was good money to be made at first, but it’s a very delicate fruit, so it has to be carefully handled. Plus, so many people are now farming blueberries, that you have to be agile to stay ahead of the game.”

Rather than make any major changes on the farm, Kellie says she has gradually implemented a host of little changes that add up to a large impact on the farm’s wellbeing and viability.

“It’s all about the size of the fruit, so you aim to grow each berry as big as possible,” she explains. “Apart from any other benefits larger berries are faster to pick and therefore more cost-effective.” 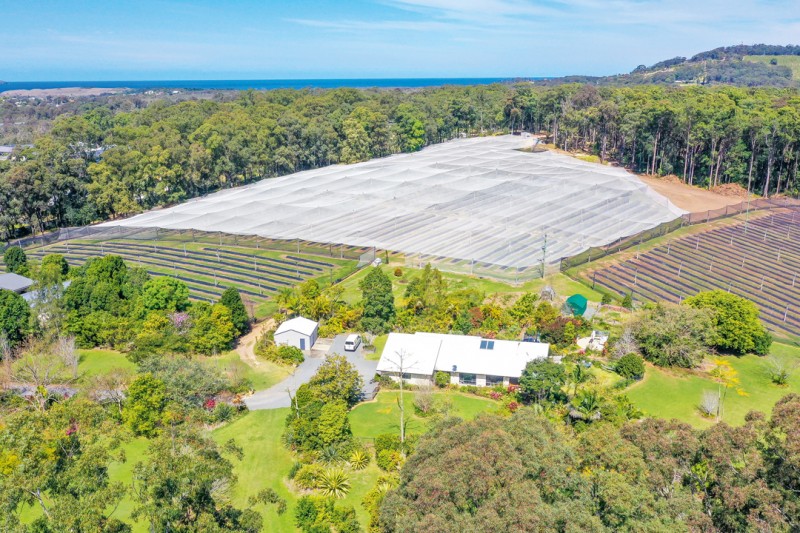 In order to increase fruit size, Kellie looked to her pollinators and introduced native bee hives to the farm alongside the European bee hives. “To start with native bees stay close to home,” she explains. “European bees fly a long way and they were prone to up and outing to collect from eucalypts and melaleucas off the farm rather than do their thing on the blueberries. The other advantage of native bees is they are so small that they can crawl inside the actual flower. So they are more efficient pollinators than the bigger European bees, which stick their tongues inside the flower, and therefore fertilise fewer seeds in the fruit.”

As part of her aim to grow only foods that are good for you, Kellie aims to minimise the farm’s impact on the environment, reducing chemical use to a bare minimum and maximising soil health through composting and making use of a worm farm to produce worm tea for fertiliser and castings to improve soil aeration and nutrients. “I’d love everything on the farm to be natural and organic, but it’s just not economically viable,” she says. “Instead, I farm biologically, which means I look after the soil to build up humates and fulvic acid and I also use a soluable kelp product through the fertigation system. I would only use pesticides as a last resort, because I don’t want to kill all the good bugs along with the bad. But only in a dire situation. The end result of maintaining a healthy environment is that we have 13-year-old plants that are still delivering amazing quality fruit.”

The fruit is sold through a co-operative called Oz Group, which is farmer-owned and represents about 150 blueberry farmers, along with a few who also grow raspberries and blackberries. Kellie is delighted to report that Oz Group has just taken on a contract with Coles supermarkets to supply frozen premium seconds for use in baking, smoothies and juices. “They are still perfect fruit, but a little soft for selling in punnets,” she explains. “It’s a great result for us because it reduces waste on our farms.”

Kellie grows both evergreen and deciduous varieties to extend her harvest seasons, which include both summer and winter crops. “Farmers don’t make much money during the peak of the season,” she says. “So we are always working towards being able to supply fruit when there’s less available.”

To this end, Kellie has been experimenting with pruning times, techniques and frequency. “Before the first flowers, the leaves need to be at least three months old,” she says. “So if you prune in November, it will be February before you get flowers. So we are trialling pruning less frequently in order to bring flowers on earlier in order to be delivering fruit when no one else has it. You can’t stop pruning altogether, because blueberries are such vigorous growers and they also become more disease-prone if they aren’t prune, but it may be possible to prune every second year instead of annually.”

While Kellie runs the farm pretty much on her own, she has help from her nephew, Sam, and support from Nigel, who works as an ultrasound sonographer. Apart from that she credits her picking and pruning teams, a United Nations of backpackers and young travellers who bring great enthusiasm and energy to the farm. “We treat them like royalty, because that’s how valuable they are,” Kellie says. “We give them lollies and drinks throughout the day and at the end of each day, there’s a light beer if they want it. It’s a wonderful bonding thing just to spend 20 minutes getting to know them after a hard day’s work. They contribute a lot to the local economy.” 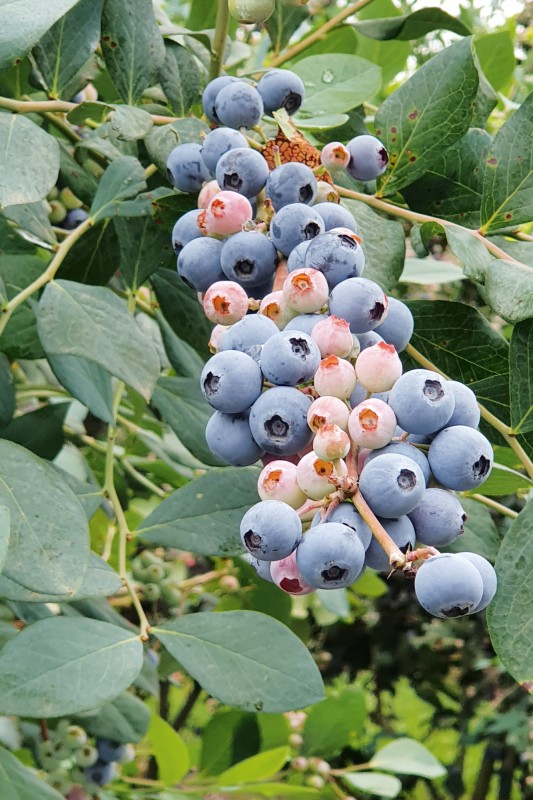 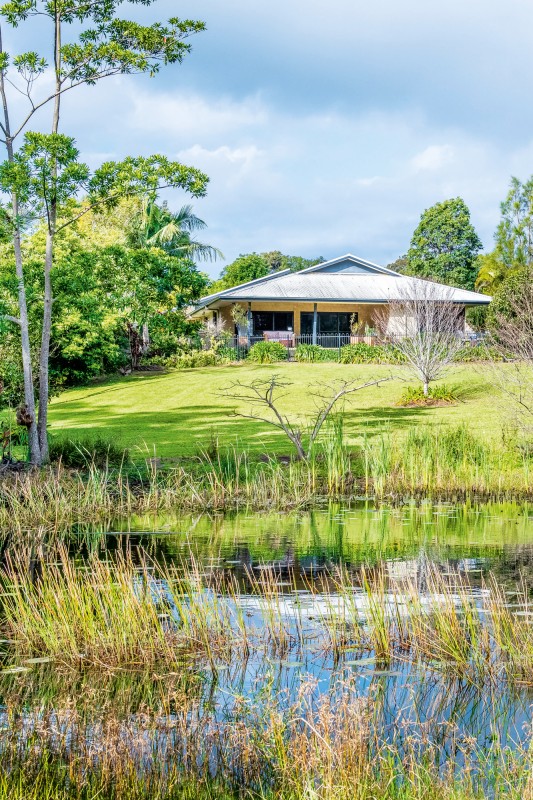 In a further bid to improve farm efficiency, Kellie has even made changes to the picking schedule. Recently, instead of hiring a team of 20 pickers for four or five days, she engaged 60 pickers for one “mega day”. “It just means that instead of dragging it out over a week, I was super busy for one day,” she says. “That then freed me up to do other maintenance tasks for the rest of the week. Like everything I do, it may seem small but it adds up to a big impact when you make enough little tweaks.”

In her mission to grow “good foods”, Kellie has recently opened up an area of the farm to grow ginger, turmeric and giant Australian garlic, all known for their health benefits. She’s also planted some moringa seedlings, and hopes to be able to harvest some of this highly nutritious plant in the future.

Kellie adds that she knows she’s privileged to be able to work from home, and even feels that COVID-19 has presented her opportunities that she’s grateful to have had. “I feel like we smashed home schooling,” she says. “We set up a classroom with my kids and my brother’s children, 2 year sevens, two year eights and one primary school-age and they knuckled down and did their work together. The school gave them a free period each day to help out on the farm and we built the worm farm and compost heap and prepared and planted the vegie garden in that time. As a working parent you often feel you don’t have enough time with your kids so I was glad of the time the pandemic gave us. So while farming always has its challenges, I think it’s important to keep perspective. Apart from being super yummy, it’s great to be farming a fruit that has so many health benefits. I never tire of eating blueberries and I could consume a kilo a day. But I never lose sight of the fact that I’m lucky that my grandfather and parents gave me the opportunity to do this.” 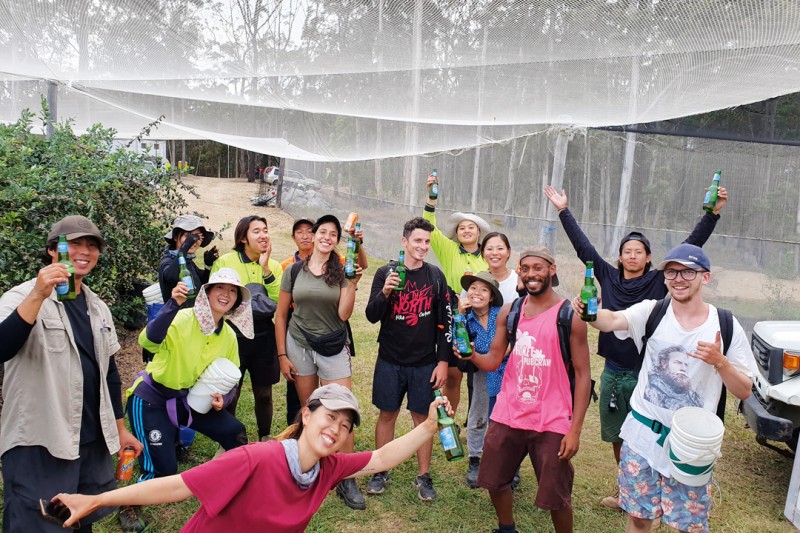