When it comes to nurture versus nature, Paula Jenkins is adamant: her career as an artist is due to equal measures of both. If she hadn’t grown up in the country, and been lucky enough to spend seven formative years living on the historic Camden Park property founded by the pioneering Macarthur family, she would never have had the freedom to ride horses, explore her talents and express her deep love of the land by sketching trees, landscapes and historic buildings. Then the nurture side kicks in by attending the proactively arts-focused Frensham School, where she studied three-unit art and honed her skills with brushes and paint. Plus there’s an important childhood friendship with flamenco dancer Deya Giner, niece of the celebrated artist Piers Dudley-Bateman, who became a mentor to her, and alongside whom she spent a pivotal sojourn painting at his Spanish home in the region of Andalucia. 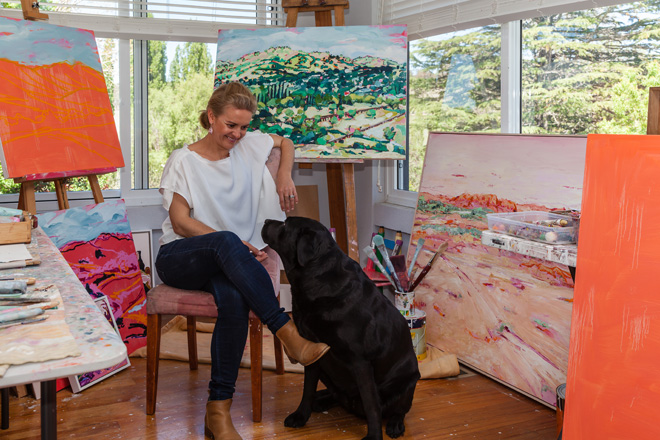 These days, Paula works from a studio at the home she shares with her agronomist husband, Nick, their two children, Ella, aged nine, and Julian, who is eight, and a menagerie of livestock and animals on a farm near Walcha in the New England region of NSW. She is represented by Walcha Gallery of Art and the Moree Gallery, and devotes much of her spare time working towards exhibitions. Her next will be a solo show at Tamworth’s Weswal Gallery opening on June 22.
“Nick and I met at Hawkesbury Agricultural College where I was studying environmental management and cultural tourism,” Paula explains. 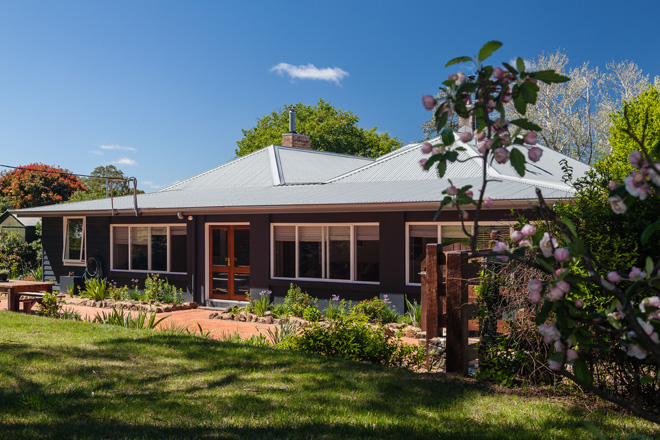 “Prior to this, I came to a fork at the end of school and had to decide between an environmental career or art. So I took the more traditional route and ended up with a career in event management, marketing and graphic design. In 2007, Nick and I travelled overseas and backpacked through South and Central America, Europe, Turkey and the UK. Nick grew up in Armidale, so it wasn’t such a big move to Walcha when we returned home in 2008. He now has his own agronomy business consulting on livestock and pasture management. Then, in 2012, my father passed away, and I was drawn back to painting, immersing myself in it as a means of therapy.” 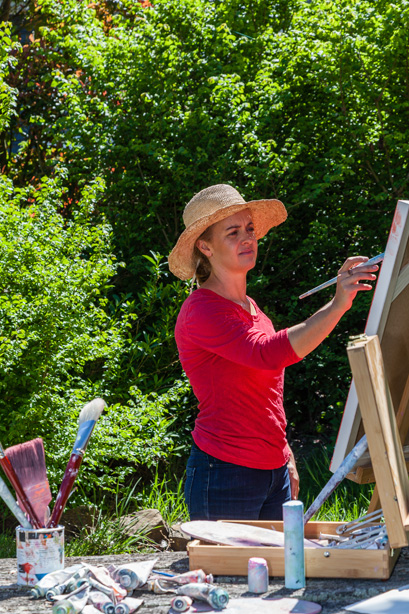 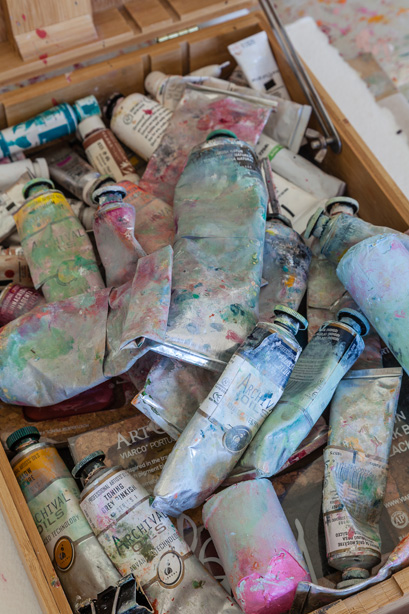 In 2013, Paula entered one of her works in the Walcha Show and was delighted when she won its Grand Champion art award. An invitation to exhibit followed soon after, and this gave Paula the courage to give up her day job and pursue her art full-time. She counts herself fortunate to have undertaken an art, place and culture workshop in central Australia, camping with remote aboriginal communities and immersing herself in the colours and culture of the vast Red Centre. Yet another of her defining periods occurred in 2002 when she was lucky enough to spend time working with the late Piers Dudley-Bateman, a family friend and an acclaimed Australian landscape artist, at his studio in Casarabonela near Málaga in southern Spain. 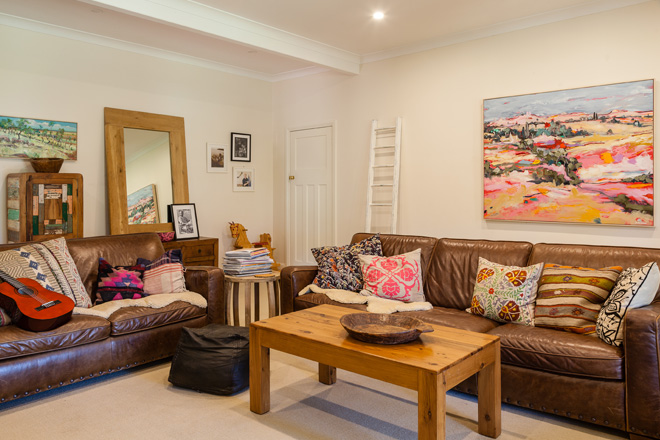 “As a young artist it’s important to have someone to discuss your work with,” she says. “I will forever be grateful for Piers’ interest in and support of my career. Then last year, I was lucky enough to join a week-long field trip to Fowlers Gap north of Broken Hill. This truly was a life-changing experience and it had yet another big impact on my style. Leading up to a major solo show, I was determined to produce works for it out there. In the end, I was able to complete 12 works on paper.” These days, she works predominantly in oils and finds herself attracted to the warmer palette and more feminine colours. 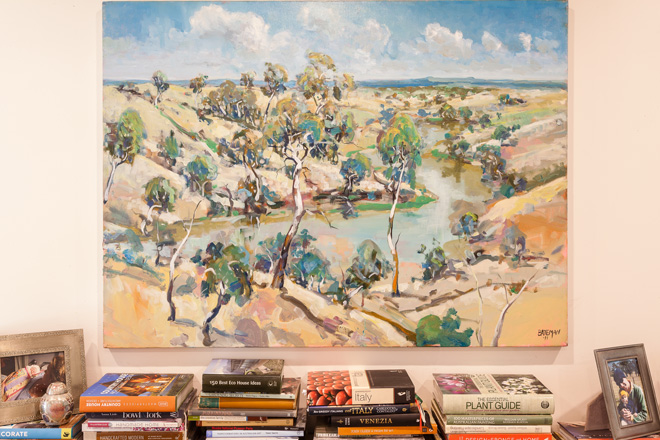 “Perhaps this stems from my love of the central interior and the beautiful shades of pinks and oranges that radiate within those landscapes,” she says. “I enjoy the  process of applying paint in various tones, then scraping back and reapplying to create depth in layers and colours. I often start with more detail and then begin eliminating until it feels resolved.” When she’s not painting, assisting with the beef cattle she and Nick run, and dedicating time to the children, Paula’s passions are in the garden and kitchen. She loves creative cooking and good, wholesome food and is a proud founder and committee member of the Walcha Farmers’ Market. 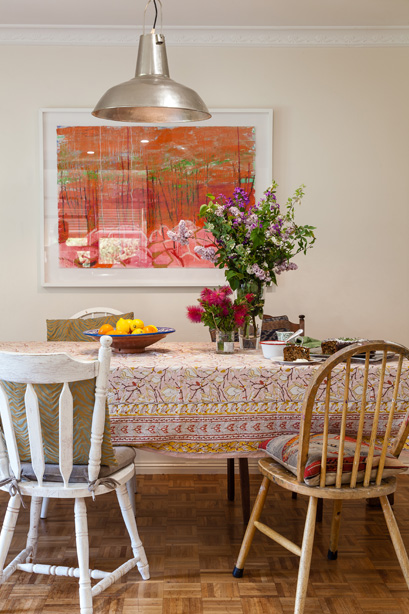 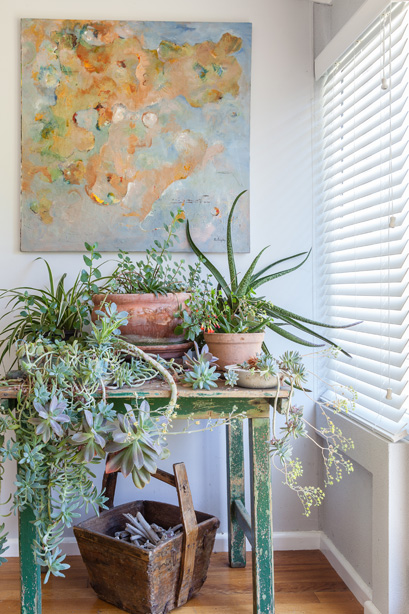 “Everything comes from within a two-hour radius of Walcha and it’s great to see the amazing variety of produce that comes from our region,” she says. “The markets are operated completely by volunteer supporters and, five years down the track, we are going from strength to strength. We even won an Australia Day award last year. Walcha is an incredibly creative community and it’s wonderful that it offers so many outlets and opportunities for everyone to express themselves.”