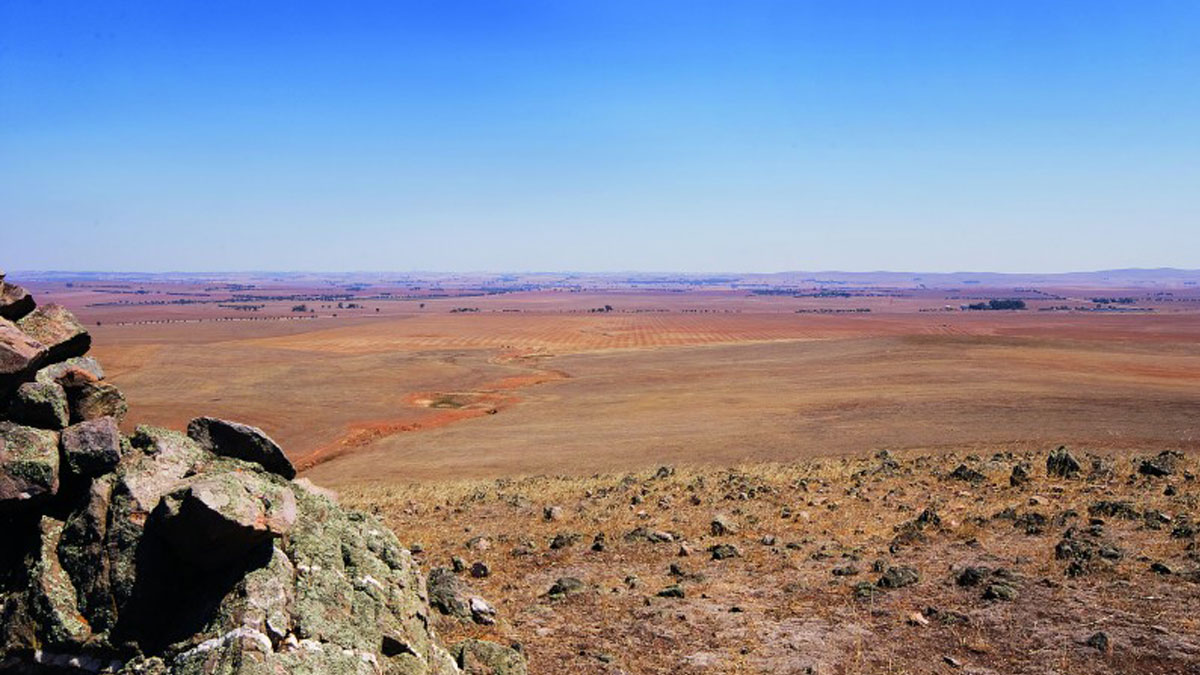 Standing around their kitchen bench, Angus and Brooke Stockman playfully bicker about the number of pets the family has and whether their four children may renovate the family homestead in the future. They bounce off each other with laughter and finish each other’s sentences as only long-term couples do.

Angus was born in Burra Hospital and his parents brought him home to the family farm — “and I’m still in the main homestead now,” he says. “So I’ve been here forever.” “Angus’s dad grew up in Burra,” Brooke continues. “He didn’t grow up in Burra, he grew up on a farm,” Angus takes over. Brooke starts again: “When Angus’s mum and dad got married … sorry, Angus is shaking his head, so I’ll let him tell the story.”

“It was my parents’ place first,” Angus explains. “They were increasing the farm, looking for a property to expand. My father had land next door, so they bought this place in the ’60s.” 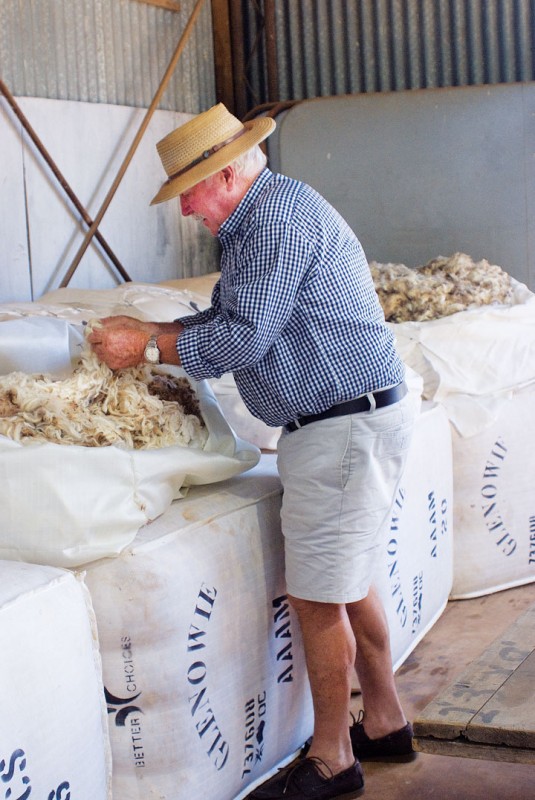 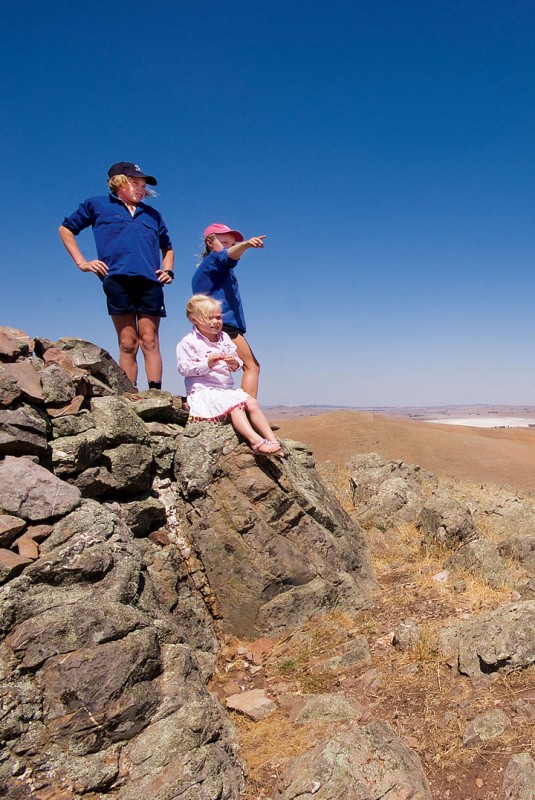 Brooke was born in Mount Gambier near the Victorian border and went to university in Adelaide. “I was placed in Clare for teacher training, which is where I met Angus,” she says. “I moved to Clare in 2002.”
The couple married in 2003 and one year later they had their first child. They now have four children. Hugo, who is 15, attends St Peter’s College in Adelaide and James (13), Sophie (nine) and Eliza (four) all attend school in Clare. 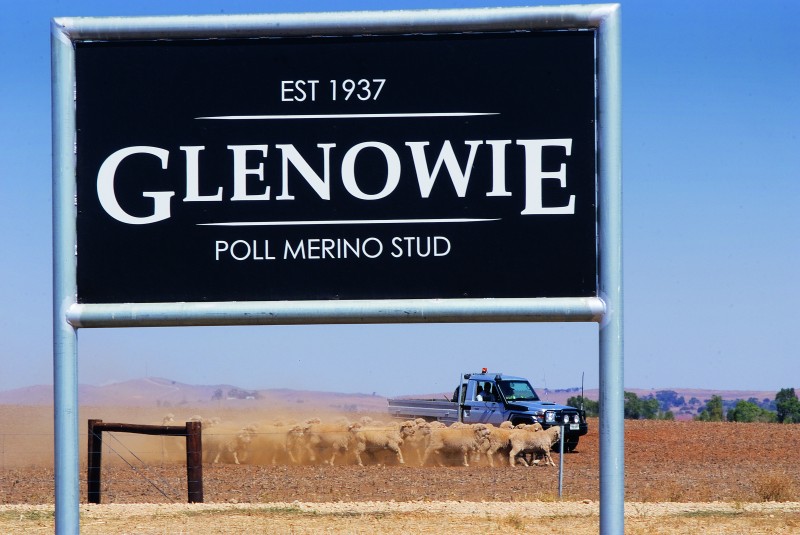 If that weren’t enough to keep them busy, the Stockmans also run Glenowie, a 15,000-acre (6000-hectare) property, 18 kilometres south-west of Burra. “We’ve just finished seeding,” Angus says. “We sow 12,500 acres [5000 hectares] of crop and we run 6000 Poll Merino stud sheep and 300 head of Black Angus cattle. As well, we’re quite large in hay production. We’re mainly croppers as we sew and cut about 2000 hectares of hay for the domestic and export markets, and we also grow wheat, barley, beans and canola. We sell more than 500 stud rams a year into mainly pastoral areas across Australia. It all keeps us extremely busy.” 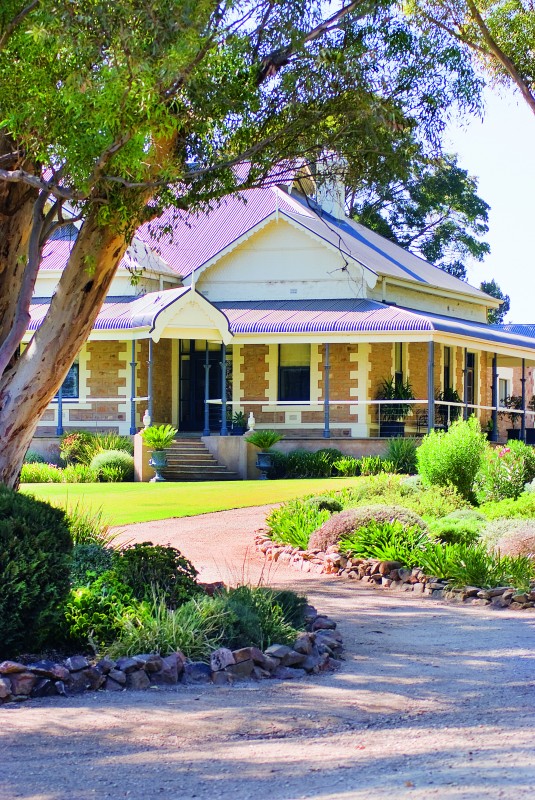 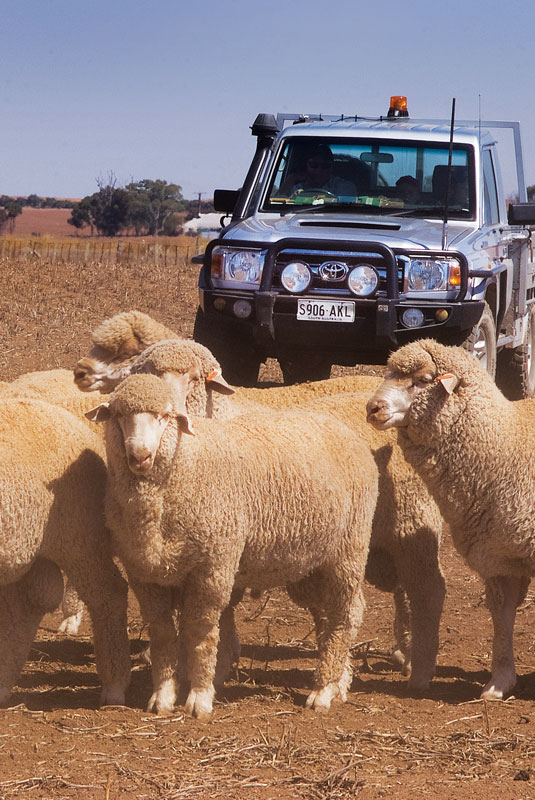 They’re not doing it alone, though, as with the exception of a few casual staff, Glenowie truly is a family concern. “We run the business with my brother, John, and Mum and Dad,” Angus says. “John also grew up on Glenowie, and he still lives on the farm. Every time you buy a farm, you inherit a house, so there a quite a few houses on the property. Some are lived in by family and some by employees.”

Angus’s parents lived in the main homestead for almost 40 years before swapping houses with the couple when their family started growing in 2008. “It was a bit weird because we were moving into Angus’s parents’ house where he grew up,” Brooke says. “So he liked to leave things where they have always been and not move anything.” 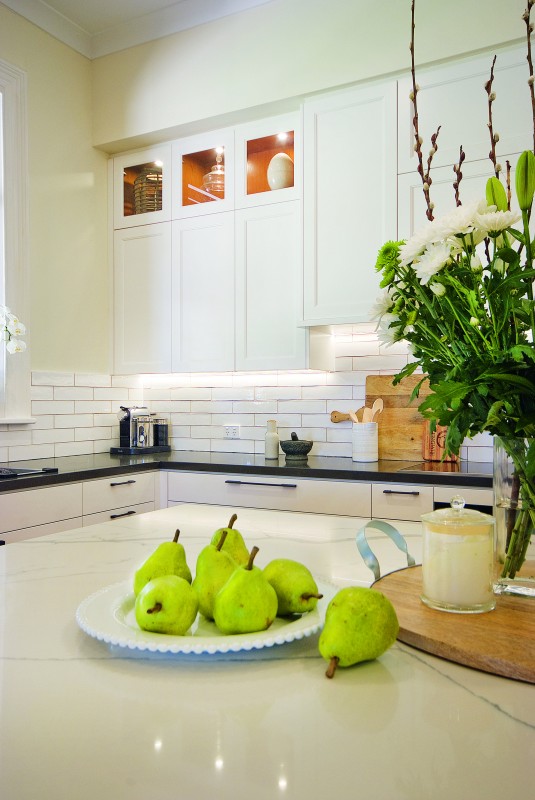 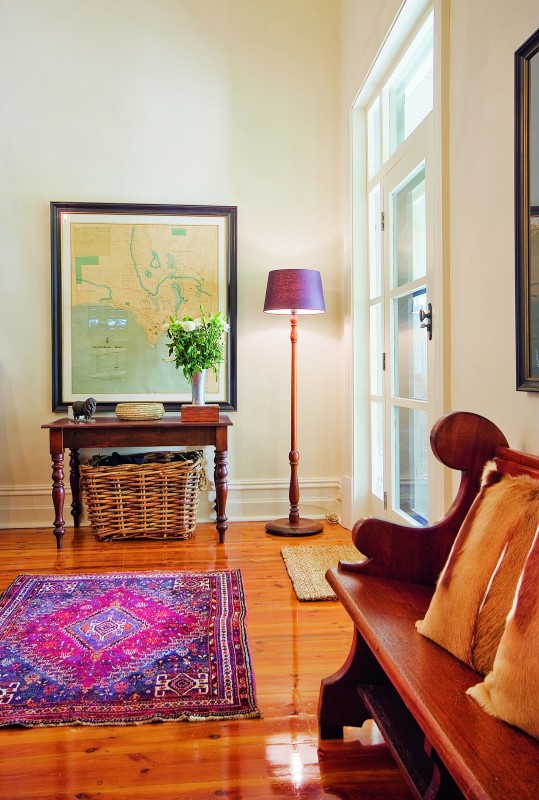 In 2011, they renovated the house, redoing the concrete outside and replacing the roof and verandah, but ensuring it looked original for Angus. Brooke explains that it was about finding the balance with retaining the character and charm of the house, while making it more family-friendly, functional and modern with the updates. “There are three bedrooms, plus four living rooms, two bathrooms and a laundry,” Brooke explains. “It’s an old house, so all the rooms are quite large.” The kitchen, which was completed two years ago, was the last update they did to the property. “Before that, Angus’s mum renovated the kitchen about 40 years ago,” Brooke says. “So it stood the test of time.”

Her decision to relocate the cutlery drawer in the kitchen is a running joke for the family. “She moved the knife and fork drawer and I could never find it,” Angus says. “I’d always open the wrong drawer. And we used to have a pantry. Brooke and I had a stand-off for five years over the kitchen pantry. She won, and I lost.” 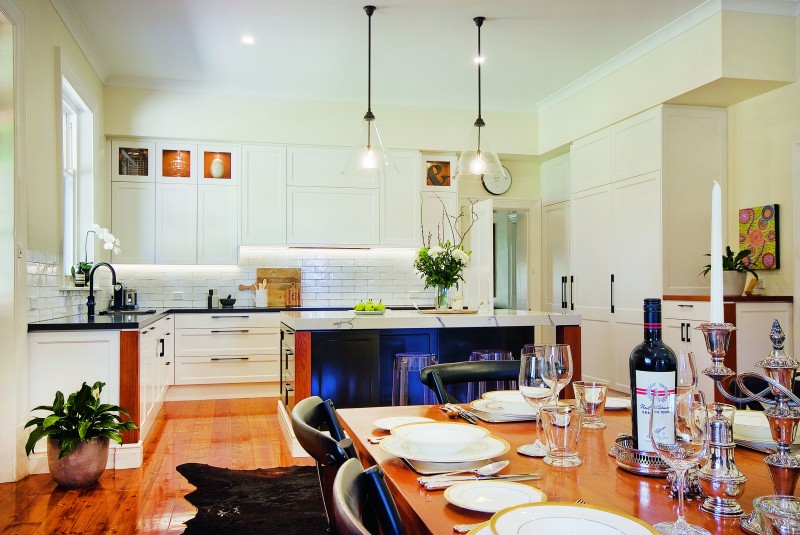 “We got rid of the pantry because the kitchen was probably the smallest area in the house,” Brooke explains. They also did some remodelling for functionality. “We got rid of the dining room because we needed an office,” she adds. “I do the farm books, and we needed a place people could access that was sort of in our house, so that’s why we changed it.”

“The chaise lounge has always been there,” Brooke says of a feature in the master bedroom. “Angus’s mum has really good taste and it came with the house.” To make the room feel more their own, Brooke changed the curtains, carpet and wallpaper and added a chandelier for ambience. 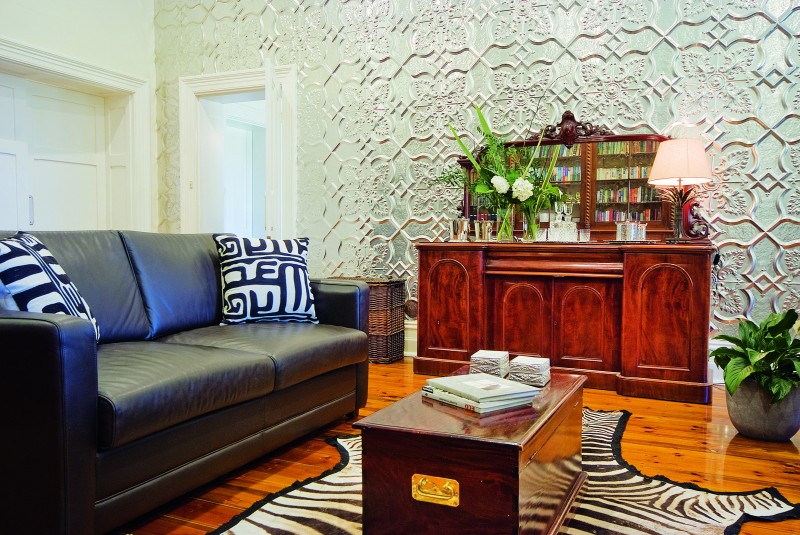 A striking silver wall in the pool room demands attention. Not only is this a unique feature from a design perspective, it also serves a structural purpose. “Like lots of old houses, there are a lot of cracks,” Brooke says. “The cracks in this wall were huge.” During the renovations, Brooke thought about taking some of the pressed tin from the ceilings in the kitchen and using it on the wall. After talking with builders, the cost-effective choice was to buy new pressed tin and paint it the same colour as the room. However, they quickly decided against painting the wall as they liked the look of the exposed tin. “One day we might paint it but, at the moment, we like it as it’s a bit different,” Brooke says. “It was really to cover the cracks, but it’s become a feature.” 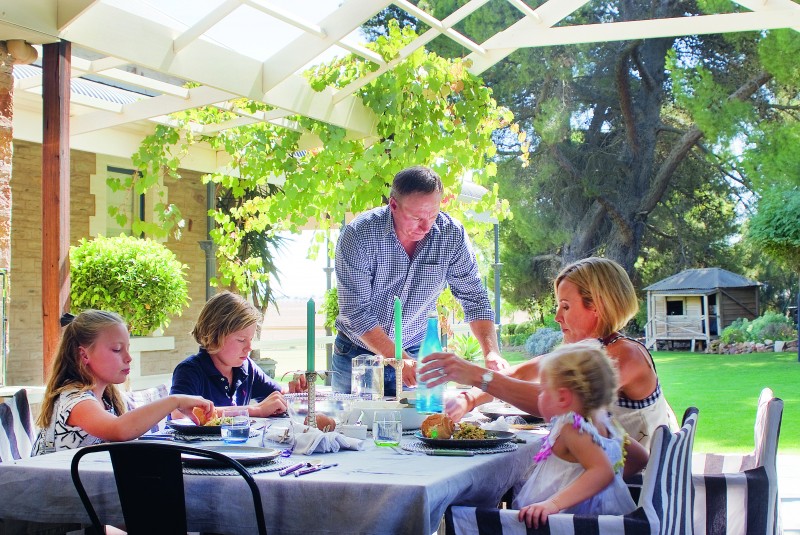 Glenowie offers loads of space, something the family almost takes for granted, although Brooke admits it’s great for raising the kids. “They don’t get bored and they don’t spend a lot of time inside,” she adds. “There’s a swimming pool, but we can often find them swimming in the dam instead. They’re always exploring and they help Angus move sheep on the motorbikes, or lend a hand in the shearing shed. Now the boys are getting older, they want to drive the tractors and go out to help at harvest and seeding time.” As their parents did before them, one day the Stockmans will hand over Glenowie to one of their children and, with it, the family homestead.