CREAM OF THE CROP

The Crooke family produces some of Australia's finest ice cream from a factory in a former milking shed on their dairy farm in the lush Kiewa Valley.

The Crooke family produces some of Australia’s finest ice cream from a factory in a former milking shed on their dairy farm in the lush Kiewa Valley. 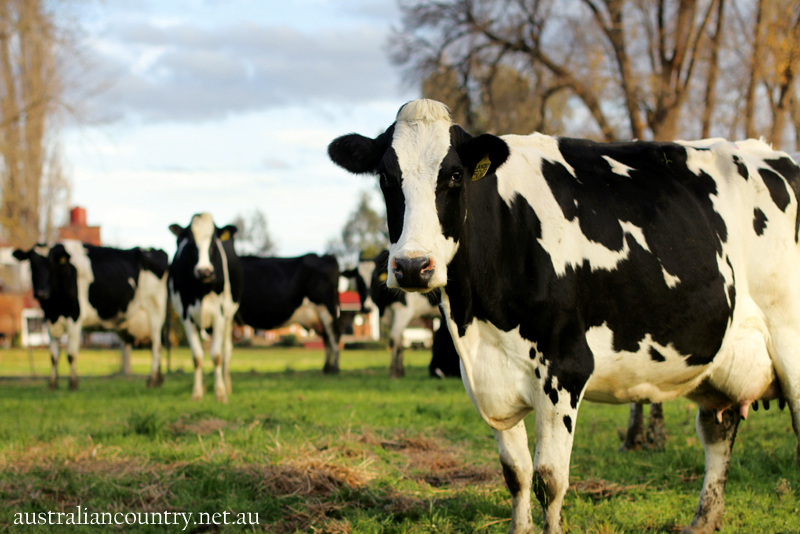 You could have heard a pin drop. As Sarah Crooke tells the story, she and her husband, Stephen, were sitting in the classroom for the world’s leading ice cream course at Pennsylvania State University in the US, surrounded by food chemists. As the talk swirled around about stablisers, emulsifiers, food dyes and flavour powders, Sarah raised a tentative hand. “But what if,” she asked, “we used fresh raspberries?”

While everyone looked at her as though she’d announced she was planning on making ice cream with dish water, she certainly attracted the attention of the lecturer, who came to her after the class and shared whatever knowledge he had about the radical concept of making her product with fresh fruit.

The Crookes and their son, James, and daughter-in-law Iris are the makers of Gundowring Ice Cream. For the past 13 years from a factory in a former shed on their dairy farm in north-east Victoria, they’ve been churning out a product that has won just about every medal and accolade possible in dairy competitions all over the country.

It helps that they have access to the milk from their herd of 500 Holstein Friesan cows, which graze on the 1000 acres of lush pastures on the Kiewa Valley river flats. It also helps that they live in a region that offers a range of microclimates that makes it possible to produce world-class figs, quinces, rhubarb, chestnuts, hazelnuts, green tea, wine and fortifieds. But of course you don’t just get out of bed one morning and decide to make Australia’s best ice cream.

Steve and Sarah moved back to the Kiewa Valley where his father had bought land in 1944. The farm came with an 1840s brick homestead, which is where Steve grew up. They took out the Champion Ice Cream award at the Melbourne Royal Show with their raspberry ice cream. Made using real raspberries, of course. “At first we were making ice cream at home at night and on the weekends,” Sarah says.

Gundowring Ice Cream remains true to its origins, using a high-quality crème anglaise flavoured with fresh, local produce. “We will only ever use natural ingredients,” James adds. “Let’s just say you’re never going to see bubblegum flavour in our range.”