Kirsty McKenzie’s letter from the August 2016 issue of Australian Country. 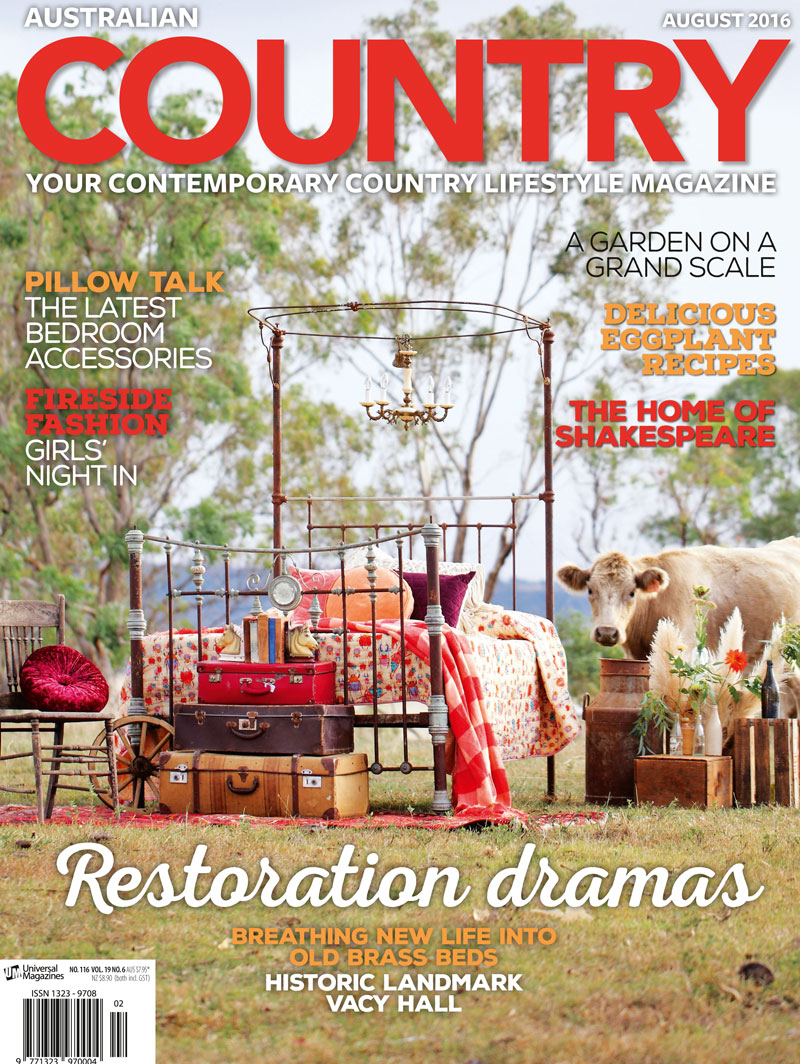 As issue 19.6 went to press, photographer Ken Brass and I have been on the road again catching up with some extraordinary primary producers who are making the most of their natural resources. You’ll read all about them in upcoming issues, but the trip also provided a couple of random encounters with people who have close association with the part of central Queensland where I grew up.

We’re talking tiny towns, not major regional centres, so it’s always a buzz to meet people from “my” part of the world. There’s an instant connection when you come from a little place and you meet others who are making their mark on another part of the world. My home country has thrown up more than its fair share of teachers, doctors and nurses, a couple of distinguished academics, a celebrated actor and an elite sports training coach to grab a few examples from the top of my head. It’s great to know that they have all been able to make a difference from a relatively remote start. The thing that strikes me is the connection and pride that these expat bushies have with their little communities. I’m always chuffed to see Facebook comments from those who no longer live in that neck of the woods, but clearly take an active interest in the wellbeing and welfare the people who do.

Residents past and present seem to share a sense of community that is missing in many more populated parts of Australia. Of course there are downsides to living in a place where, as a relative used to say, everyone knows when you roll over in bed. But come times of trouble, ill health, flood, fire or drought, those very same people will be there with offers of help and Eskies full of cakes and casseroles. I like to think that’s why little towns across Australia punch above their weight when it comes to turning out achievers. They know they’re privileged to have experienced such a supportive environment and breed people who go on to recreate that ethic in other locations. In this issue we’ve stories from small communities all over this vast land and we will continue to search out similar features.

I look forward to seeing you for the next issue, which goes on sale September 1.