Every year in April, on the last day of the ski season, up to 500 skiers gather to tame the monster Valuga. The exercise is called der Weisse Rausch (the White Thrill), and is considered one of the craziest ski races in the world. It starts high up at the Valuga ridge, where the top station of the cable car is perched precariously at 2650 metres altitude, just below the summit of the 2811-metre mountain. From there skiers plunge down the steep slopes and race all the way to the alpine village of St Anton, covering nine kilometres distance and dropping 1345 metres in altitude. The skier who reaches the bottom first wins. The best take less than 10 minutes.

Standing on the panorama platform of the Valuga cable car top station the Fuchs family (mum & dad, teenage son & daughter) can unanimously confirm that they have no intentions of even trying this. Although snow crazy, the requirements for the race, a combination of skill (mediocre), nerves (frayed), humungous quads (slim and quite untrained) and a clear death wish (non-existent) for the monster taming are just not there. We consider ourselves more in the connoisseurs camp than the thrill-seekers camp. Although son Daniel might disagree … Besides, it’s January, not April. At almost 9°C up at the Valuga however, one could be forgiven for thinking it is April. The Föhn reigns supreme. It is a dry warm wind that blows in from the south over the main range of the alps. When the Föhn is blowing, the northern side of the alps has glorious weather, with unlimited visibility, that lets every peak appear as sharp as a chef’s knife. In the south however, it’s a very different story. But what do we care? The weather is glorious, below and all around us is a winter wonderland, one of the worlds best ski resorts, a skiers’ Nirvana: the famous Arlberg ski region.

We base ourselves in St Anton and as a warm up on our first day of skiing we choose the small and compact Rendl area on the southern side of St Anton. It is snowing, the fir trees wear a white cloak, the sky is grey and brooding … winter as atmospheric as it should be. After three hours in twilight and poor visibility, our bodies tell us to stop. We oblige and spend the late afternoon wandering through the village with the daylight dropping rapidly and the Christmas lights coming on.

Then on day two we embark on our first extended ski safari. A shallow low pressure that coated everything with about five to ten centimetres of fresh snow has been pushed aside during the night by the Föhn. We leave St Anton in the still shaded valley and float up with the Galzig gondola onto the 2085-metre Galzig, a round peak with slopes in every direction. By the time the sun has risen over the surrounding peaks, the grooming crews have finished their jobs and the ski is blue. We are ready to go. The first run is a delight for the Fuchs quartet: freshly groomed, wide like a highway, perfect gradient, practically empty of skiers. Then around the corner the view opens up to St Christoph below. It’s like skiing into a postcard: sugar-coated mountains, a cluster of alpine-style houses nestled in the valley, and all that in glorious low-morning sun. Then up again with a chairlift with heated seats. We connect to the Schindlergart chairlift, where we float above dramatic rocky terrain with steep gullies that would make powder hounds drool. The top station is at 2660 metres and our next destination, the Alpe Rauz, lies at an altitude of about 1800 metres. It’s a hell of a run, past the Ulmer Hütte with its snow bar.

There is champagne on ice, pretzels are displayed, and the smell of goulash and wiener würstl hangs in the crisp mountain air. The music is pumping and although quite early in the day the first thirsty customers are already sampling local beer. The run from the Ulmer Hütte down is to become a Fuchs family favourite: perfectly groomed, a gradient that allows you to let loose, and long enough to force breaks to stop panting and relax those untrained quads again. Alpe Rauz itself is down at the road from St Anton to Lech. It is here we board the ski bus that shuttles skiers over the dramatic Flexen Pass, a mountain pass reinforced with tunnels and avalanche galleries, to the alpine hotel village of Zürs and on to Lech. Lech is exclusive, a favourite winter destination for European royalty and with prices to match. However, the ski bus is included in the tickets and on a mission to fathom the extent of this combined ski region, we sensibly bypass restaurants, cafes, shops and head straight for the Schlegelkopf chairlift and up the mountain. Now, if this brief description leaves you a little breathless, so were we.

Discover more about magical Arlberg in the June/July issue of Australian Country magazine, available for order and online now! 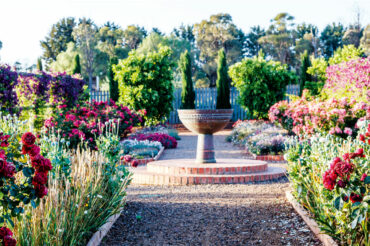 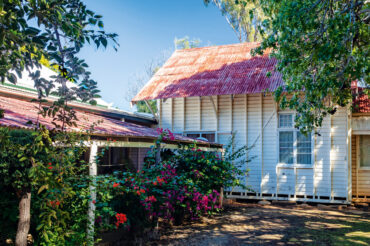 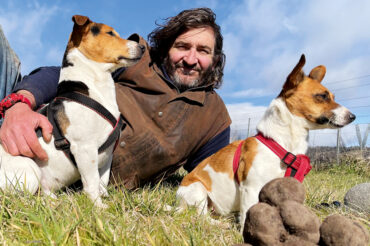