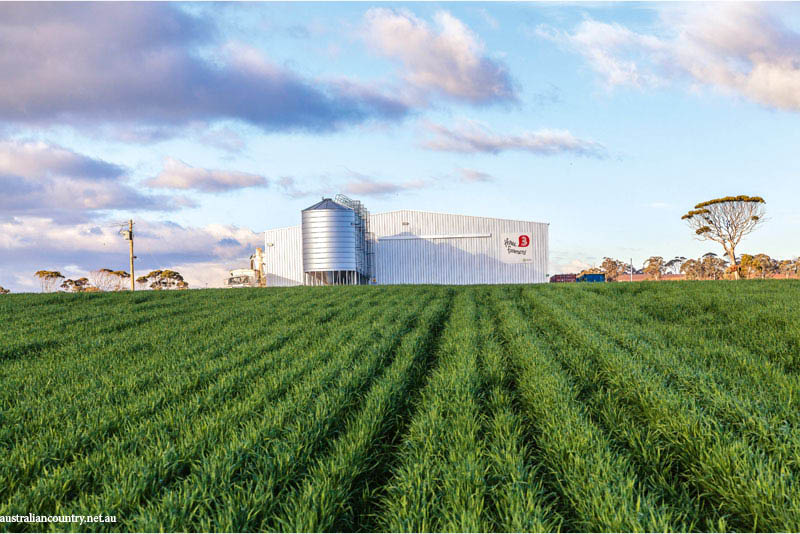 Megan Gooding credits the fickle finger of Mother Nature with turning her and her husband, Damien, into quinoa farmers. “From 2000 to 2010 it pretty much forgot to rain,” she explains. “Things were so dire that we started casting around for a high-value crop that could be adapted to our growing conditions and for which we could hope to have some control over the supply chain. We found out that the University of WA was doing research into quinoa, so we thought ‘why not give it a go’?” 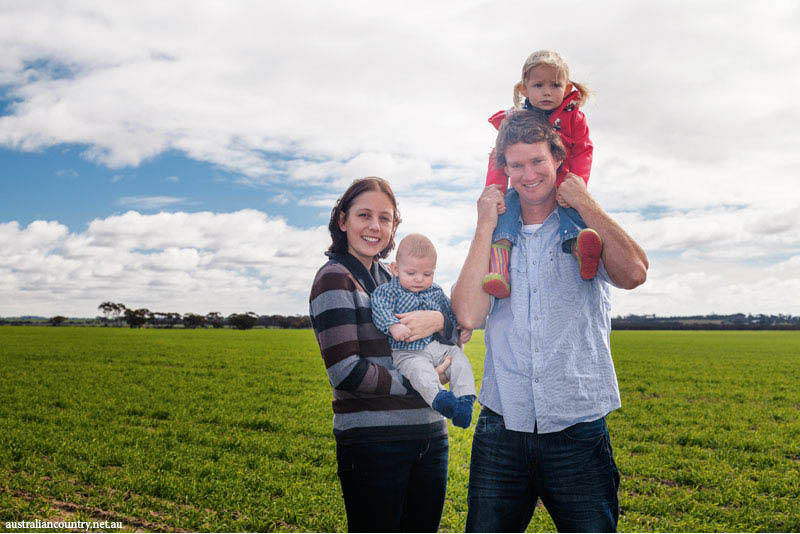 Megan grew up on her family’s farm at Narrogin in the Wheatbelt of south-western Western Australia and completed a PhD in animal science before deciding city and office life was not for her. After returning to the farm to work with her father, she met and married Damien, whose family has been raising sheep and crops at nearby Dumbleyung for four generations. 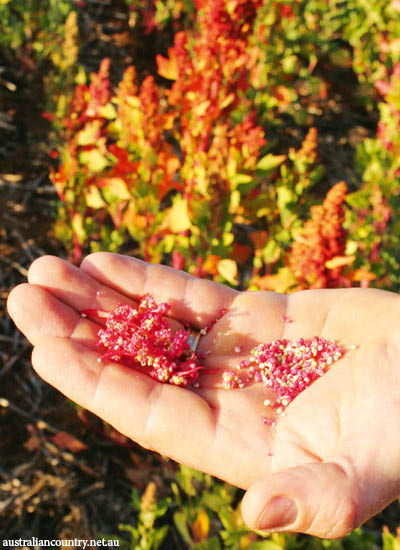 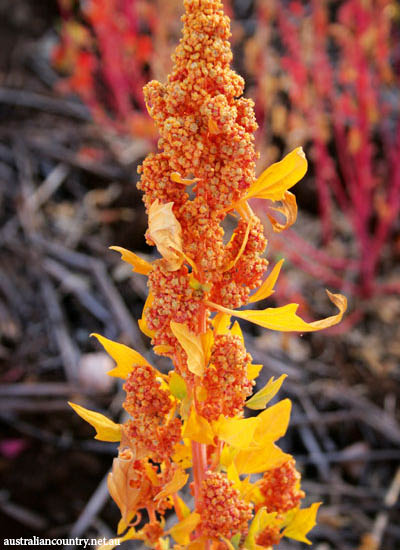 “Traditionally the Goodings raise Merinos crossed with Suffolks,” she says. “We also grow clovers for the sheep and mixed crops including barley, canola, lupins, oats and field peas. When quinoa came onto the radar it was a matter of getting the seed and trialling varieties to find the right one for our conditions. It’s a high-risk, high-return crop. The seed aborts if it gets too hot so we started out with lots of plots until we settled on the most suitable variety.” 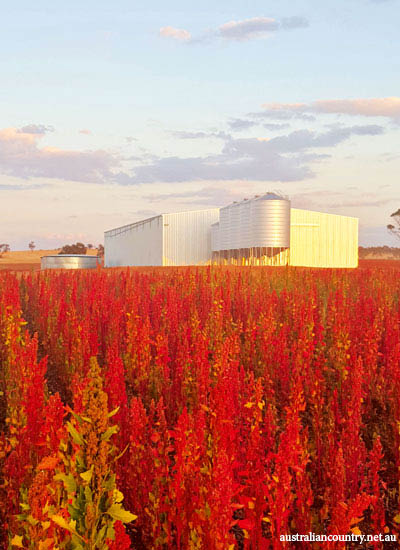 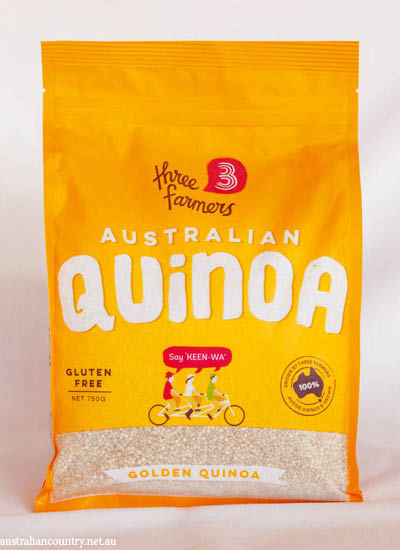 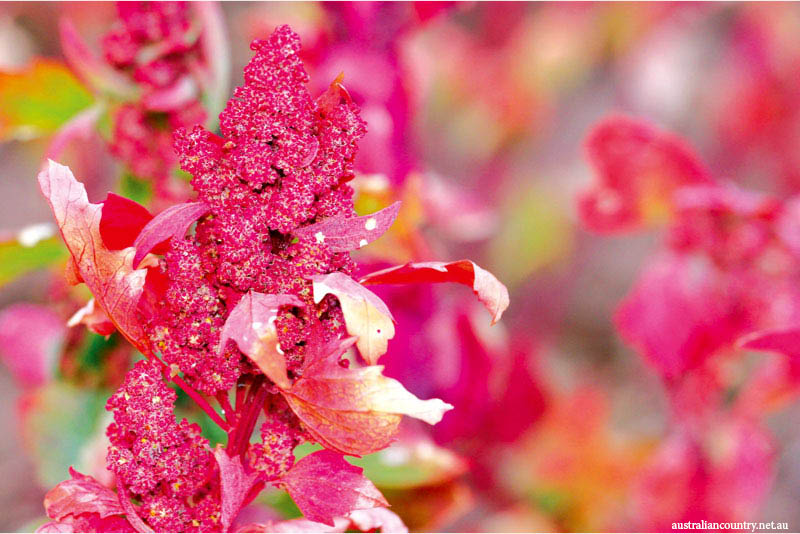 It was about this time that Megan and Damien heard that Ashley Wiese was also considering adding quinoa to the menu of crops on his farm 100 kilometres away at Narrogin. An accountant by profession, he had moved back to the farm that’s been in his family for four generations to pursue his passion for growing food sustainably. The son of vegetable market gardeners, Garren Knell was the Wieses’ agronomist and a passionate foodie, so he came on board as the third musketeer in the Three Farmers. From the outset they were committed to sustainable farming to ensure that their product could claim to be produced under optimal conditions, and sun-ripened for the highest nutritional benefit. 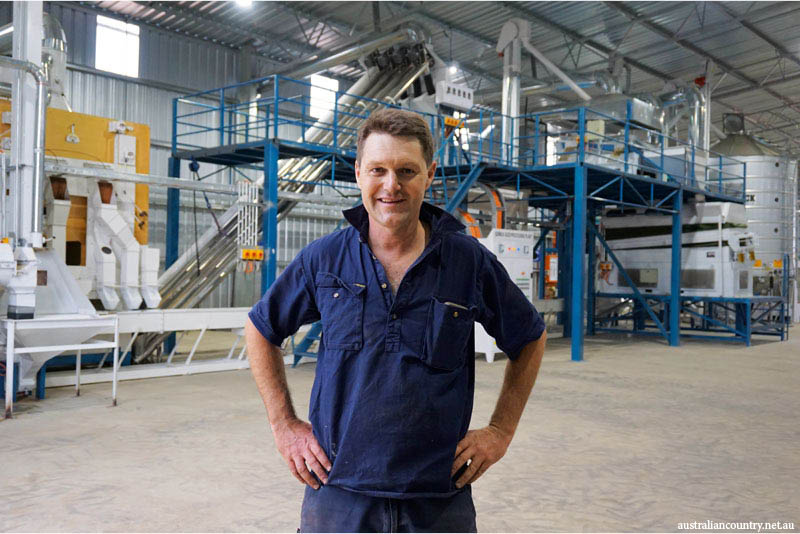